A Cocaine Intervention can Save Your Loved One’s Life

The most psychologically addictive of substances, cocaine is a stimulant with euphoric attributes that works directly on the endocrine and nervous systems. Using cocaine gives the user feelings of empowerment due to a massive release in pleasure-causing endorphins, an increase in strength, an adrenaline rush, and an increase in heart rate, blood pressure, and respiration. After the usage the body tends to biochemically “swing the other way”, resulting in a decrease in heart rate, blood pressure, and respiration. In addition, the resultant flood of endorphins and now lack of them often causes feelings of depression, suicidal thoughts and lack of motivation. The combination of these is often referred to as “the crash”. After enough usage, the cocaine user develops paranoia, delusions. Although chemically similar to its freebasing companion, crack cocaine, and technically the same drug, a cocaine intervention with a cocaine user is dealt with differently than on a “crack addict”. Often, most cocaine users have a tendency to look down on a “crack head” and think of themselves as somehow better. In dealing with standard cocaine (not crack) addict we generally have two types of people needing a cocaine interventionist, each of which is dealt with in a different way. Ideally, it is wise to avoid conducting a cocaine intervention on a cocaine user while under the influence of the drug, but sometimes this is unavoidable.

Cocaine Intervention for a Binge User

The type of cocaine intervention needed the most is the intervention on a binge user. The binge user is someone who can go for days, weeks or months without using cocaine. However, over time the amount and duration of the binges do have a tendency to increase, sometimes even lasting for days. Essentially the typical pattern or description of a binge user of cocaine is as follows. He may be a highly motivated, outgoing individual with a great personality. Everything goes fine for a while and then there is a degree of irritation and agitation, sometimes described as a manic state. It is soon after this that the binge user goes out and uses his drug, sometimes with the intention of “only using a little bit”. After the binge, the user is remorseful, depressed and sometimes suicidal. The user might not even understand why he went and used the cocaine in the first place, maybe he promised himself and others not to do it again. This time it will be different, though. Never again, he promises. Until the next time. Oftentimes, even family members are discouraged from doing a cocaine intervention on a binge user because they too feel that after one of these binges he will eventually stop. Unfortunately, the reality is that with each successive binge, the addiction actually grows stronger without some form of treatment.

Cocaine Intervention on a Daily User

Essentially each cocaine intervention is unique and after proper analysis and guidance, your professional intervention specialist will help you to determine when and what is the best approach. 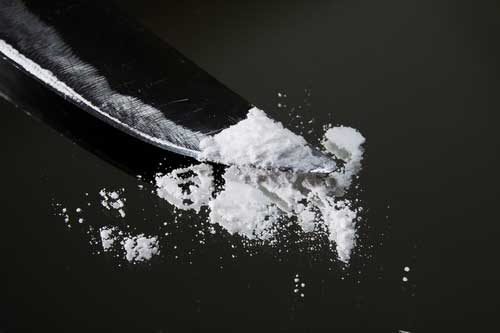 When people think of having cocaine addiction intervention on someone they care for, it is usually because of the sinking feeling that things are getting worse and worse.  Cocaine is usually viewed separately from other drugs.  For example, there are many movies that glamorize the use of recreational drugs. Marijuana use is one that is often looked upon as humorous. The people that use these drugs in movies are typically portrayed as likable characters that are not really breaking the law. Directors and screenplay writers paint these characters as people that are just having fun. However, when harder drugs like cocaine are used on the big screen there is a different connotation behind this. It’s a much deeper and darker side of the drug world that is hardly ever told from a comedic point of view.

A Cocaine Addiction Intervention can End the Nightmare

Cocaine is an extremely powerful and expensive drug. It is also one of the most addictive ones. There are reports that have been done on different drug types. In the past, cocaine has often been declared as the drug of choice for affluent people. It’s expensive so it’s difficult to truly feed a dependence without a huge money supply. Crack is cheaper than cocaine because it is not as pure in substance. There is also a greater demand for cocaine. These two factors play a major part in the value associated with this stimulant.  However, the “price” of cocaine addiction has little to do with it’s a monetary value.

There have been myths that say that cocaine addiction interventions are not necessary as it is said that cocaine addiction is not possible because it isn’t physically addictive like heroin.  But this is not true at all.  Although there isn’t the strong physical dependence associated with other drugs, cocaine creates one of the strongest psychological dependencies of any other drugs. There are rehabilitation centers all over the world that are treating people for this uncontrollable habit. It’s hard to imagine why anyone would dismiss the facts, but this drug is just as addictive as any other drug.  For most addicts, they have become addicted long before they became aware of it.

Cocaine is a stimulant mind-altering drug that puts people on a high that is short-lived. It speeds up the heart rate and makes people do abnormal things. People gain a pleasurable feeling from the usage that is considered high. It is a rather brief high, however, that is followed by a serious low. This extreme low practically forces individuals to consider the purchase of the drug all over again. Some people may be able to kick the habit. The majority of users succumb to their yearnings.

Once it is in the system it becomes difficult to function without it. People that have used cocaine heavily will almost get a craving that is similar to food. They will have to find some way to obtain more. Most people will do irrational things like selling their possessions. Some even resort to selling their own bodies to feel the same high that they once felt. The trouble with this is that most people will seldom experience the same high again. The majority of users spend their time chasing that feeling that started the whole thing.