Denial is a big part of addiction. Addicts tell themselves lies to avoid having to face the truth about themselves and their disease. One of the goals of a Virginia drug & alcohol intervention is to break through the denial and have the person start to take responsibility for themselves and their actions.

Examples of Lies Addicts Tell Themselves and Their Families

Example No. 1 “I can stop using my drug of choice anytime I want to.”

If this was true, then you wouldn’t be considering an intervention for your loved one. Someone who is an addict likes to think they are in control of the situation when drugs and alcohol have taken their control away from them.

This type of statement implies that outside events are responsible for the addict’s situation. The addict doesn’t have to take any responsibility for his actions.

People with substance abuse problems may think they are hiding the extent of their drug or alcohol abuse. Their coworkers and supervisor likely know that they are not performing at their best, even if they don’t know the exact reason.

Your loved one may compare him or herself to someone else the family knows who has a more severe addiction that may involve being arrested for DUI, experiencing an overdose or being arrested. This doesn’t mean that they don’t have a substance abuse problem that needs to be dealt with.

Example No. 5 “I’ll never be able to stop using or drinking”

During an intervention, family members and friends attend to tell their loved one that with treatment a person can move into recovery. No one has to feel hopeless in their addiction.

When the words come from a third party, they may have more impact than if they were spoken from a family member or a friend. The interventionist will help to keep the discussion moving forward so that your loved one will begin to take responsibility for his or her actions and agree to go to an addiction treatment center.

When thinking about a Virginia Interventionist for drugs or alcohol, it is important to understand the predominance of the various drug activities within the state. Virginia is known for being rich with Colonial American History. George Washington, the first President of the United States, traces his roots back to Virginia. Just north of Virginia sits America’s political capital, Washington D.C. Tobacco production is one of Virginia’s major industries. However, tobacco is the least of Virginia’s worries. The state has been overtaken by the same drug and alcohol problem the rest of the nation faces. The mid-Atlantic region has long been a vast haven for the transshipment of drugs, weapons, and drug-related contraband traveling along the east coast of the country. Due to Virginia’s location on Interstate-95, the state often encounters “spillover” drug distribution from traffickers moving between two major eastern drug importation hubs of Miami and New York City.

Cocaine, crack cocaine and the violence attendant with the trafficking of these drugs are the most significant drug problem in the state, according to most law enforcement sources. However, MDMA abuse and distribution is an already large and still-growing problem, seizures of clandestine methamphetamine laboratories increase every year, and Mexican trafficking organizations are making enormous inroads in the cocaine, methamphetamine, and marijuana distribution markets in nearly every part of the state.

Cocaine in both powder and crack forms is prevalent throughout the state of Virginia, in both wholesale and retail quantities. Considerable levels of violence continue to be associated with the crack cocaine trade in urban areas. Colombian and Dominican drug trafficking organizations in New York City remain the primary sources for most of the cocaine available in Virginia. Nonetheless, many local traffickers are becoming more reliant on Mexican sources of supply in the southwestern U.S., North Carolina, and Georgia.

The Richmond and Tidewater areas of Virginia both boast a consistent, long-term heroin abuse population. Pockets of heroin distribution are present in other areas of the state as well, but the problem is less pronounced. In recent years, “experimental” use of heroin by younger drug users was on the rise but appears to have stabilized. Most of the heroin encountered in Virginia tend to be of higher-than-average purity. In the Norfolk area, heroin is packaged primarily in gelatin capsules, while it is packaged in small, usually colored or marked, zip-lock baggies in other parts of the state.

Although still minimal, localized clandestine manufacture of methamphetamine has increased in Virginia every year for the past several years, with most of the activity centered on the far southwestern corner of the state bordering West Virginia, North Carolina, and Kentucky. The Shenandoah Valley region contains the highest percentage of methamphetamine abusers in the state and was the first area of the state to receive a huge influx of Mexican immigrants, whose presence encouraged an expansion of existing Mexican drug-trafficking networks. In rave and nightclub venues, both “ice” and methamphetamine have become drugs of choice.

In the United States of America, there seems to be a perception that everything in our country is perfect, clean, and spotless. Because we are such a prominent country in the world today, we tend to hind our problems and insecurities while only portraying our good side. Nonetheless, it is important to discuss these issues that are plaguing us. With that said, one of the biggest issues in America is drugs. More so than most nation, the United States has one of the biggest drug problems with its citizens. Needless to say, despite the fact that there has been a growing amount of recognition being shown towards this issue, there needs to be more attention given to this issue than ever before. In a lot of ways, the drug epidemic that America is home to is hindering our overall advancement and improvement as a nation. In order to become an even greater of a country than we already are, we need to tackle this problem head-on. by focusing our attention on increasing drug rehab centers, treatment options, and other similar benefits for abusers, there is no doubt that we can one day limit the number of drug cases in our country. Although we can not permanently eradicate such an enormous issue, we can certainly try. Here is more on how we are contributing to drugs in America. In fact, the state of Virginia has been very impactful in this battle with their Virginia Drug Rehabs.

Treatment Options & The Battle Against Drugs in America

now that we realize how important it is for us to handle this problem, we still have to acknowledge the fact that we have positively contributed to the drug issue in the past. Ever since drugs were introduced in the country, we have made efforts in combating the problem. For example, no matter what city or state we visit today, there are many drug rehab and treatment programs available. With the amount of assistance that these Virginia Drug Rehabs have given to citizens of that state, there definitely needs to be more credit given to the leaders of the state for what they have accomplished in this battle. In fact, other states should look towards Virginia to see how they can implement their own drug rehab centers. Ending this battle against drugs is indeed necessary. Although we have a long ways to go, we will surely come out victorious.

Drug or Alcohol Interventions in Virginia 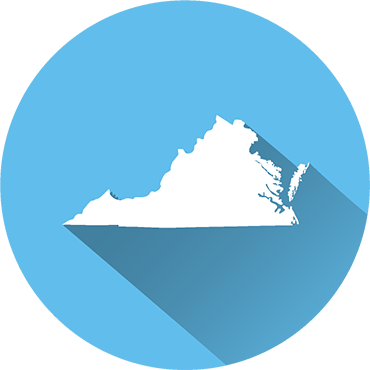