Although Intervention Services has extensive experience in the field of intervention, treatment, and recovery, our vision did not come overnight. Our founders and former owners, two brothers, Kevin Lee and David Lee, were raised together in an average home by very caring and loving parents. Kevin went on to college studying both teaching and psychology, eventually getting married and settling down. David, on the other hand, went the other way. 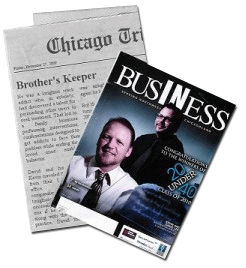 Experimenting with alcohol and marijuana, in the beginning, it wasn’t long before harder drugs entered his life. By the age of 29, David had been arrested several times for various alcohol, heroin, cocaine and methamphetamine activities, and had also completed over 20 long and short-term residential drug and alcohol treatment facilities. Going into treatment each time for all the wrong reasons, he would return back to the family, back to the drugs or alcohol. Lying, stealing, and constantly being bailed out, David was getting further from recovery and his family was getting closer to emotional and financial ruin. Things continued on until, in speaking with a treatment facility over the phone about an intervention, the family began to gain hope. During the intervention process, they learned that dealing with him in the same ways always led to the same results; they learned that they were the safety net that enabled his addiction to continue. So they changed their behavior. As David arrived at the family home he heard something different. No longer were his “promises to change” being listened to. No longer was the family willing to suffer at the hands of his addiction. He was told that he could do as he wished, but no matter what his decisions were, they were making changes in their lives. By the end of the day, all the cards were slowly put on the table and for the first time he saw his life for what it was and began to desire treatment for the right reasons. He began to have the right attitude and wanted to change his life. Entering willingly into treatment was the beginning of a journey that has culminated with the formation of this company. Our mission is to help the addict who doesn’t want help, who doesn’t see the damage he is causing the family, or perhaps no longer even cares.

Our mission is to change his mind

Founding this company in 2002, we have developed a comprehensive structured approach that empowers a family and allows an addict or alcoholic to see what is really going on in his life and increases the chances of him actually wanting help.

We help families save their loved ones.

We provide professional intervention services to get your loved one into treatment. We offer the guarantee of lifelong support for everyone involved, so you can feel secure about the future. We’ll help you plan and perform your intervention this week.