Help Learn What Your Loved One Could Be On

Scouring the internet to try and find answers about drug information can be daunting for those who wish to know about the various drugs their loved one may or may not be using. Misinformation can often lead to a parent, spouse, or friend to intervene in the wrong way.

Intervention Services can help you to determine which drugs your loved one may be using. In addition to providing a common chart of symptoms of most major drugs at the bottom of the page, we have also devoted individual pages to the various drugs that we often encounter.

Information About the Different Drugs that We Encounter

According to the National Institute on Drug Abuse, the most commonly abused and addictive drugs are:

While some of these drugs sound familiar, others are just emerging, for example, bath salts. If you are a counselor or a concerned citizen, then this article is for you. It explains some important facts that you should know about the mentioned drugs before you try to rehabilitate a user.

Constant use of the drug may lead to long-term brain problems.

Listed below we have tried to include much greater detail, for those who are interested, about the effects, history, withdrawal symptoms and science around most major drugs. Select from the list below to find more information about each: 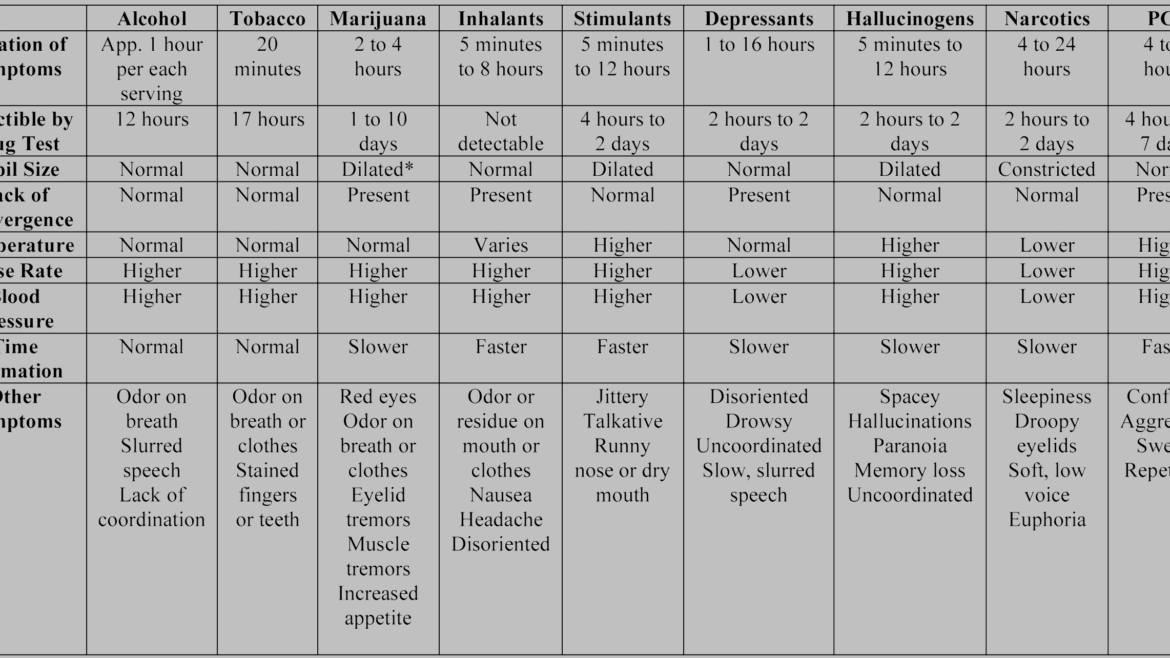 In addition to the information that we have provided above, the staff at Intervention Services are predominantly recovering alcoholics and addicts and can help to guide you to understanding, with great probability, what your loved one may be taking. Feel free to give us a call with any questions or concerns you may have in regards to your loved one’s drug use.