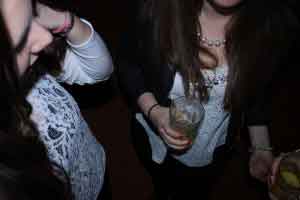 In a 2011 study on adolescent and teen substance abuse, CASA Columbia found that:

The CASA Columbia study identified key factors that play a role in whether or not teens become substance abusers. These factors include:

There are five stages in the development of a substance abuse disorder:

1. Access to addictive substances but not using them
2. Experimental, occasional and/or weekly substance use
3. Using one or more substances regularly and stealing or dealing to pay for it
4. Preoccupation with getting high and poor performance in other areas of life
5. Must have substances to function normally

How Does Teen Addiction Differ From Adult Addiction?

Only ten percent of teens under 18 who need substance abuse treatment actually get it. Most teens who abuse substances do not believe they have a problem, so they tend to avoid treatment unless they are referred by the juvenile justice system. Teen substance abusers can be very difficult to treat. Whether it’s an inpatient or outpatient program, it’s important for adolescents and teens to receive treatment that focuses on their unique needs. There is some indication that teens may respond better to behavioral therapy than to other forms of treatment.

What Does a Repeal of the ACA Mean for Addiction Treatment?