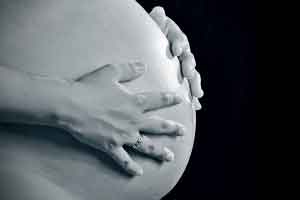 How Does Alcohol Affect An Unborn Child?

An unborn baby has no protection against drugs and alcohol. A baby will feel the effects of alcohol just as mom does. Alcohol can damage baby’s brain and interfere with brain development, although this may not be apparent at birth. Alcohol can also interfere with baby’s cellular and organ development, causing birth defects. If an unborn child is exposed to high levels of alcohol, it might die before birth. The effects of alcohol on an unborn child are unpredictable, and at no time during pregnancy is it safe to drink. Drinking during the first three months of pregnancy is particularly dangerous, especially when it involves heavy drinking and/or binge drinking.

FASDs are different types of brain damage suffered by babies who were exposed to alcohol before birth. Children with FASDs may or may not appear different from other children, and the effects of the brain damage may or may not be apparent immediately. Fetal Alcohol Syndrome (FAS) is the most serious type of FASD, characterized by mild to severe facial abnormalities.

A baby with FASD might be small at birth and have problems eating, sleeping, seeing, hearing and moving. As the child grows, it may have trouble following directions, learning new things and paying attention. There may be social and behavioral problems, a low IQ, slow or poor growth, problems controlling emotions, ADHD and delayed development.

There might be problems getting along with other children, and the FASD child may need special education. In extreme cases, FASD children may be chronically depressed or psychotic. They may require special care for the rest of their lives.

How Does Cocaine Affect An Unborn Child?

Unborn children exposed to cocaine are more likely to be premature and shorter in length than other children. They may have smaller heads and lower birth weights. These children may suffer deficits in cognition, attention and information processing.

Cocaine restricts the supply of oxygen and nutrition to the fetus. This, in turn, can inhibit growth. Babies with low birth weights are more likely to die during the first month after birth, and they have a higher incidence of Sudden Infant Death Syndrome. Moms who are addicted to cocaine during pregnancy give birth to babies who are also addicted and will suffer cocaine withdrawal after birth.

How Does Heroin Affect An Unborn Child?

A mom who is addicted to heroin will pass that addiction to her unborn child. Neonatal Abstinence Syndrome (NAS) occurs when a baby is born with a heroin dependency and must be detoxed in the hospital. The child may experience fever, tremors, irritability, diarrhea, sweating, seizures and vomiting. There may be slow weight gain or even death. NAS babies are usually treated with morphine or another opiate to relieve withdrawal symptoms. They are then weaned off the morphine gradually.

Unborn children exposed to heroin and other opiate drugs may experience poor fetal growth, premature birth and stillbirth. Although physical defects are not as common in babies born to opiate-addicted mothers, there can be severe behavioral, cognitive and developmental deficiencies. There may be delayed development of language and motor skills along with learning disabilities and behavioral problems. However, there is evidence that if heroin-addicted children receive “intense, hands-on nurturing early in life,” the negative effects of opiate addiction can be greatly reduced.

Are There Other Ways That Substance Abuse Affects Children?

Unborn babies are affected by everything that mom consumes. Substance abuse affects children in almost every aspect of their development. As a general rule, it’s best to limit any substances, including over-the-counter medications and tobacco products, to those that are absolutely necessary and prescribed by mom’s OB-GYN physician.

Use of ‘study drugs’ presents disconnect between teens and parents

Why Methadone Does Not Cure Heroin Addiction