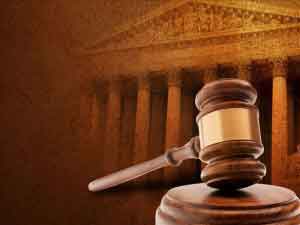 Should We Execute the Mentally Ill or Not?

With the various shootings taking place all over the country, including movie theaters, army bases, and many other locations, a debate has begun. What is that debate? Should we execute the mentally ill? With the Aurora theater trial coming to an end, people are in a heated debate over whether or not we execute the mentally ill shooter, James Holmes.

Why is this such a heated debate? There are many reasons this debate is so heated and no one can come to a conclusion. One of the main reasons for this debate is that people simply do not understand mental illness or fear the term mental illness. People often fear what they cannot see or do not know. Mental illness has a horrible stigma attached to it and it does not help that when something has horrible as the Aurora movie theater shooting happens, people equate this bad behavior with all mentally ill people. That is not the case. There are many mentally ill people in this world and guess what? They do not harm anyone.

Understanding mental illness is also hard if you have never experienced it first hand. People assume that the mentally ill just need to have a stronger willpower to get them through what they think is just a mental disruption. This is not the case, hence why it is called an illness. There is another very sad factor to understanding mental illness and that is that some people try to fake having a mental illness after they have done something bad just to get out of the consequences. While we have come a long way from the old days of letting people off the hook by pleaded insanity, people still have a hard time believing when someone has they are mentally ill after they have done something bad. We now have tests and theories to back up claims of being mentally ill. Unfortunately for some people, if they cannot see it with there eyes, they will not believe it.

Another reason the debate on whether or not to execute the mentally is that wrong is still wrong. As in killing someone or in this case killing 15 people and wounding 70 is killing and murder has consequences regardless of being mentally ill. As stated before, there are hundreds of thousands of people suffering from mental illnesses and they are not going around killing people, so why should we not punish the mentally ill that do kill people? Are we just telling society that it is perfectly fine to kill people if you have a mental illness. I doubt the victims and victims’ families will agree with that.

Another factor in the debate is that James Holmes informed people that he was having thoughts of murdering people and even tried to justify killing people in a letter to student psychiatrist Dr. Lynne Fenton. Is it the fault of the people that did not take what he said seriously? Could this horrible act been avoided if someone would have gotten James the help he needed? We cannot live in the past and what is done, is done. We shall see in a few days whether or not we execute the mentally ill shooter, James Holmes, or if he is sentenced to live out the remainder of his life behind bars.