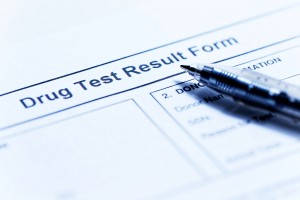 Screening job applicants for drugs is a standard policy most businesses follow. Generally, if the applicant is promising they will be asked to submit to a drug test. If the drug test comes back negative they are usually moved on to the next phase of the hiring process.

This is not the only time businesses use drug tests on their employees. Many businesses require employees to agree to submit to random drug tests, especially if they are dealing with the public or operating heavy machinery. Drug-free workplace programs have testing policies as well as guidelines to follow if someone is in need of help.

Quest Diagnostics is a national company that administers these types of tests to potential and current employees. As part of their business model, the company also keeps statistics on the amount of positive and negative drug tests. Recently, after many years of relatively low numbers of positive results, the company released a statement saying that prospective and current employees are failing drug tests at the highest rate in almost a decade.

“Our nationally representative analysis clearly shows that drug use by the American workforce is on the rise, and this trend extends to several different classes of drugs and categories of drug tests,” explained Barry Sample, senior director of science and technology at Quest Diagnostics Employer Solutions.

Street drugs like heroin, marijuana and methamphetamine have all increased among those that are taking drug tests. Positive tests for marijuana have increased 26 percent since 2011. Test results showing positive for amphetamines have increased 44 percent. But, most alarming, positive test results for heroin have risen 146 percent in the past five years. The only improvement was among the tests showing positive for prescription painkillers. Interestingly, Quest Diagnostics reports a decline in these numbers over the same time period.

A very common reason for employers to request a drug test on an employee is if that employee has been in some sort of on-the-job accident. In order to ensure that the accident was not caused by substance use or abuse, a drug test is usually required. Quest Diagnostics reported that there has been a 6.2% rise in the number of positive drug tests resulting in some sort of accident or injury.

While drug testing is rarely a deterrent to substance abuse by itself, it can act as one of the first lines of detection for intervention. Many times employees can take a leave of absence to attend a treatment program and then return back to work. If you have a loved one who as recently failed a drug test at work, contact us today to find out how we can help.