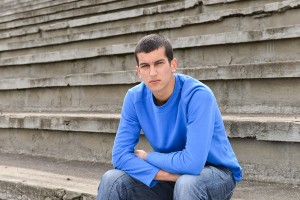 Additional information regarding an earlier study of teens diagnosed as bipolar has recently been published in the Journal of Clinical Psychology. The original study from 2008 showed that adolescents who were diagnosed with bipolar disorder were more likely to abuse illegal drugs and smoke cigarettes than those who were not.

As a way to monitor future teenagers and young adults, a research team decided to see what happened to these chances as they got older. The results confirmed that they continued to be more prone to substance abuse as they entered adulthood. Being in the middle of National Recovery Month, the message of treating co-occurring disorders could not be more poignant.

Researchers from Massachusetts General Hospital were guided by the same man who made the original connection between teenage bipolar diagnoses and the potential for drug addiction, Dr. Timothy Wilens of the MGH enter for Addiction Medicine.

“We also made another interesting finding — that those originally diagnosed with bipolar disorder who continued to have symptoms five years later were at an even higher risk for cigarette smoking and substance use disorder than those whose symptoms were reduced either because of remission from bipolar disorder or from treatment. Both those with active symptoms and those whose symptoms had improved were at greater risk than our control group,” said Wilens.

The original study looked at a group of young teens who had been diagnosed with a bipolar disorder and teenagers who had no history of such. From that study, researchers were able to conclude that 34% of the bipolar group abused illegal drugs, while only 4% of the control group turned to drugs.

The follow-up study aimed to find out what happens as these teenagers age, specifically accounting for other co-occurring disorders. Many of the participants of the original group that was examined in 2008 had other behavioral health problems. When the researchers accounted for these disorders, they noted conduct disorder paired with bipolar disorder was the most significant contributor.

The fact that participants whose bipolar symptoms had gone into remission due to factors such as treatment and maturing also saw a marked decrease in their chances for future substance abuse problems is encouraging from a treatment perspective. This indicates that the need to treat behavioral health disorders in teens and young adults goes hand in hand with drug and alcohol addiction. Once these symptoms and behaviors have been discovered, some form of intervention is necessary to prevent the situation from getting worse. If you have a loved one in need of help, contact us today to find out more about your intervention and treatment options.

Addiction and The Developing Process