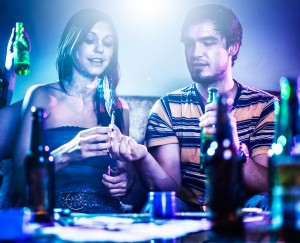 The number of college students using marijuana continues to increase, having reached a startling 38% in 2015, compared to 30% in 2006, according to information released by the University of Michigan Institute for Social Research. This overall increasing trend can likely be attributed to much of the marijuana legalization movement, as well as the rising number of total substance abusers in the country.

“This increase in use and decrease in perceived risk of harm regarding marijuana use should be taken seriously by college administrators, parents and students themselves,” said John Schulenberg, one of the researchers at the Intstitute. “We know through other research that frequent marijuana use can adversely affect academic performance and college completion.”

We feel it is important to remember that marijuana use still has additional serious consequences, despite it being legal for adults in a few states. The immediate and long-term adverse effects often get overshadowed by the assertion that the drug isn’t as dangerous as many other substances. It is also very common for someone who smokes weed to also abuse other drugs.

Alcohol lowers one’s inhibitions and increases the chances that someone will make risky decisions. This type of behavior, paired with marijuana use, can lead to even more dangerous situations. Since the total age group with the highest percentage of substance abuse is usually 18-25, it is important to be cautious symptoms of misuse or dependency on any substance, as things can easily escalate into something with grave consequences.

Use of ‘study drugs’ presents disconnect between teens and parents