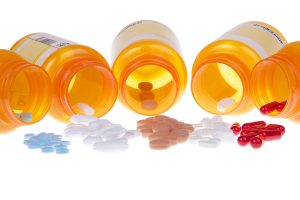 Despite the general understanding that combining opioids and benzodiazepines can be deadly, doctors throughout the country are still prescribing the two drugs together to patients, and addicts are still abusing them simultaneously as well. In fact, the trend seems to be rising, as more people are winding up in the emergency room or worse.

According to the study, almost 30% of all fatal opioid-related overdoses also included benzodiazepines. These are drugs like Xanax, Valium, Klonopin, Ativan, etc. The researchers also found that benzodiazepines taken with prescription painkillers lowers the person’s threshold for overdose. This means that someone who traditionally takes a certain amount of painkiller or a certain number of benzodiazepines but then adds another drug into the mix is more likely to die of an overdose because their body cannot handle the combination of drugs at those levels.

People addicted to opiates such as painkillers and heroin are known to also abuse benzos fairly routinely, as the euphoric effects of the drug combinations outweighs their perceived risk of overdose. This study helps highlight that the risk is much greater than they previously thought.

Unfortunately, they found that more people who are legitimately prescribed opioids for pain are also being given prescriptions for benzodiazepines. In fact, the study pointed out that in 2001 9% of patients studied had a prescription for painkillers and also had one for benzodiazepines. This number jumped to 17% in 2013 – an 80% increase. These numbers illustrate a common problem among prescription practices – doctors either not coordinating a patient’s care with all of their providers, or not paying attention to the dangers associated with the medication in the first place.

“This alarming trend is an important example of low-value care. Low-value care is care that is not based on evidence, potentially unnecessary and dangerous,” commented Pinar Karaca-Mandic, an associate professor of health policy at the University of Minnesota School of Public Health.

Why You Shouldn’t Drug Test Your Teen at Home