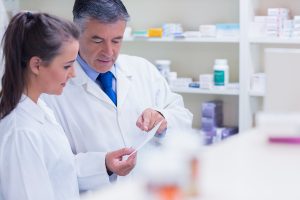 One of the most under-utilized ways to monitor narcotic painkillers and the people who take them are prescription monitoring programs. These tools, often run by individual states with varying levels of participation, monitor who has been given prescriptions for different kinds of drugs, why they were prescribed and when. They help track potential misuse of the drugs and keep doctors, pharmacists and patients more in line.

Accessed by doctors, pharmacists and law enforcement, this information allows prescribers to see if their patient is showing signs of abuse, and alerts pharmacists to potential prescription fraud. However, monitoring tools are only as good as they are used. If doctors and healthcare providers do not input the data, or if patients or doctors aren’t required to register, the monitoring tools are ineffective.

When states throughout the country first started to adopt these programs in an effort to combat against prescription drug abuse, many people objected. Citing patient’s right to privacy, doctors were often resistant to implement the new protocol. Since then, many states persisted and some have even passed a law requiring doctors to register on the site. A new study has recently given another glimpse into just how effective this type of program can be if used to the fullest extent.

Researchers at Weill Cornell Medical College in New York teamed up with other others at the University of Kentucky in Lexington to analyze the these monitoring programs. They found that the simple act of having doctors register on the site reduced prescriptions for painkillers by 10%.

Requiring registration “might have further raised prescribers’ awareness of misuse and abuse of controlled substances among their patients, leading to subsequent changes in prescribing practices,” reported the authors of the study.

This lowering of prescriptions has also led to saving money for most states where participants in publicly-sponsored healthcare programs had previously been given more drugs. While a 10% drop may not be seen as significant to some, the fact that it occurred with little activity shows that there is the potential to see a much greater benefit from their use by acting as both a prevention and intervention tool.

Rich Kids at Higher Risk for Addiction, According to New Study