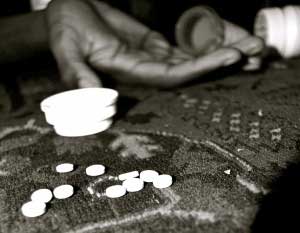 Relationship Between Addiction and Suicide: Are Substance Abusers More Likely to Commit Suicide?

Are There Other Connections Between Substance Abuse and Suicide?

Yes. Regardless of how you cut it, there’s a strong relationship between addiction and suicide. It’s estimated that almost 41,150 persons in the U.S. commit suicide every year. Half of those suicides involve drugs and/or alcohol. The National Alliance on Mental Illness claims that a third of all suicides occur in those who are drinking alcohol while using opiates like heroin or oxycodone. Death by poison is the third most common way to commit suicide. In 75 percent of death by poison suicides, the poison is lethal quantities of drugs and alcohol.

Younger people are more at risk for suicide that involves substances than those who are middle-aged. Suicide is the third leading cause of death in people between 15 and 24 years of age. In 50 percent of those suicides, drugs and/or alcohol are involved. By contrast, only 20 percent of suicides in those aged 40 to 64 involve substances. Women are also more at risk; they are four times more likely than men to commit suicide with drugs and/or alcohol.

Is There a Connection Between Substance Abuse, Psychiatric Disorders, and Suicide?

Depression and anxiety are strongly linked to suicide and attempted suicide. Over time, chronic use of drugs and alcohol can cause chronic anxiety and depression. In other words, someone with no history of anxiety or depression can become depressed and anxious just because they are abusing substances. This, in turn, will make them more likely to commit suicide. In another vein, getting high on drugs and alcohol can make a person uninhibited and impulsive enough to commit suicide even though they would not have killed themselves if they’d been sober.

Tags: relationship between addiction and suicideshare:

Can You Get High From Over the Counter Medications?