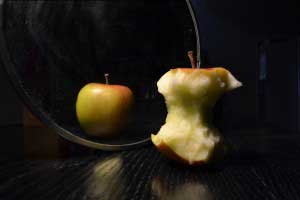 What Is An Eating Disorder and the Different Types?

What Are The Different Types Of Eating Disorders?

Anorexics get “high” from not eating. By strictly limiting their food intake, anorexics feel like they’re in control. Although they consume very little food, anorexics are obsessed with food and think about it constantly. Although anorexics are usually at least 15 percent below their ideal body weight, they still think they are ”fat.”

Bulimia is a way to “have your cake and eat it too.” Bulimics get “high” on over-eating followed by purging. They consume massive amounts of food in a very short time and then they vomit to get rid of it. Bulimics may also spend hours exercising or abuse laxatives and diuretics to eliminate what they eat.

People with SED and NSRED are addicted to getting up several times during the night to eat. Those with SED wake up every few hours and can’t fall asleep again until they get up and eat something. They are fully conscious of their behavior.

People with NSRED get up several times during the night to eat, but they do it in a sleepwalking state. In the morning, they either don’t remember eating or have only a hazy recollection of it. They might wake up in the morning to find bowls of food in bed, a messy kitchen, or food on the counters and have no idea where it came from. Those with NSRED have an eating disorder and a concurrent sleep disorder.

The common thread in all eating disorders is control — or a lack of it. Food addicts cannot control what or how much they eat. Anorexics starve themselves to control eating. Because eating disorders can cause serious physical complications, they should be treated as quickly as possible. In most cases, someone with an eating disorder would benefit from inpatient food addiction rehab. The problem is that most people with eating disorders go to great lengths to hide it.

How to Identify Concealed Depression