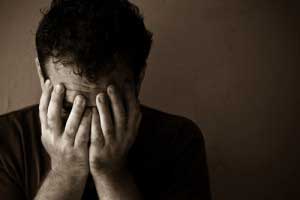 Can People Dealing With High Pressure Jobs and Mental Illness Have a Successful Life and Career?

I lieu of recent events and even past events, we are faced with a very perplexing question. Can people dealing with high pressure jobs and mental illness have a successful life and career? This has been a very hot topic with the recent Germanwings plane crash. The co-pilot suffered from a mental illness, most are saying depression and he decided to commit suicide by crashing his plane and killing all passengers on board the plane.

When something horrific like this happens, usually one of the first questions is wondering if the person suffered from a mental illness. Just like in mass shootings, the first question is how could this person have done this? What is wrong with them? But these questions are only asked after something tragic has happened. Shouldn’t we be asking these questions before something happens? Or at least, shouldn’t we be looking out for one another and helping people that seem depressed or stressed out? Dealing with a mental illness is very difficult, but dealing with high pressure jobs and mental illness is a whole new spectrum. How does a company go about regulating something like this?

According to the National Alliance on Mental Illness, only 20 to 40 percent of people with mental illnesses are employed in a paid position. This does not count the people suffering from mental illnesses that volunteer. So why are some people able to handle jobs, while others can’t?

Medication is a huge factor when we talk about mental illness. Some believe medication makes them worse and liable to commit harm acts to themselves or others, while some say medication is the key to leading a manageable life. Diane Coutu, who struggles with mental illness and has held many high ranking positions in her career explains, “Psychotropic drugs can save people from depression and other forms of mental illness, allowing us to lead ordinary lives.” Diane continues, “The problem isn’t that people perform poorly on meds, but rather that they often don’t stay on them. This backsliding is part of the illness for many people.”

Diane stresses the importance of therapy and how much it actually does help. Dealing with high pressure jobs and mental illness at the same time would brake anyone down. The fact is that most people in this position feel ashamed or embarrassed by their condition and they will not seek the help they need.

Diane Coutu states, “And somewhere along the line, whether it was in my family, in my friendships, from my religious background, or just from my reading.” Diane continues, “I developed the capacity to suffer.” Diane continues to explain her situation, “This has been my greatest luck of all. I have learned that there is meaning in suffering, and this belief has reduced the desperation and hopelessness that so often results in violence to self or, in extreme cases, to others.”

The Stigma of Depression

Help with Depression and Anxiety