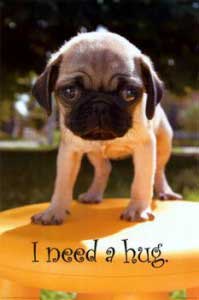 “Help. I am the Victim here”

In an effort to minimize, diminish the strength of a confrontation, or eliminate it entirely the alcoholic or addict may attempt to evoke sympathy from you so that you feel bad for him and back off. Sometimes the occasional tear may even be shed.  The Sympathy Manipulation is one of the most subtle manipulations that a substance abuser will use on someone who cares for him.  Most substance abusers that we intervene on aren’t really bad people, they are just sick people.  We want them to do well.  We hope that the only thing stopping them from getting better is other people, places and things…we don’t want the problem to be them.

“Fine. I’m a loser, is that what you want to hear? I fail at everything. Do you think I don’t know that? I’m the worst father and husband in the world. Do you think I like being this way?  I try so hard, and am just a screw up.  I’d understand if you left me and found someone better.”

Probably the common theme with the Sympathy Manipulation is the idea that the circumstances aren’t necessarily the fault of the substance abuser.  Getting fired because the boss didn’t like him, or getting a divorce from an uncaring wife, or losing his wallet or being “robbed” are some common examples.  Even those who have tried recovery before have used the Sympathy Manipulation.

“My sponsor never called me back.  Friends came by and put drugs out on the table.  I can’t relate to those meetings, all they do is talk about using drugs…makes me want to use.  No one understands me.  They’re trying to convert me.  Everyone there drinks anyways.  Rehab won’t work for me.”

Perhaps the greatest expert at the Sympathy Manipulation is the prescription pill addict.  Whether it was intentional drug abuse in the beginning or as a completely unintentional addiction through a legitimate doctor’s prescription for some previous illness, accident, back trauma, or other things, a prescription pill addict learns very quickly how to evoke sympathy.  To use drugs without an pre-existing legitimate medical or psychiatric condition attached to it makes someone a drug addict.  To use drugs due to a medical condition makes someone a patient.  It’s always better to be a patient than an addict.

“You don’t understand what I’m going through.  If you knew how much pain I was in, you’d use drugs too.  These aren’t illegal drugs, they are my medicine given to me by a legitimate doctor.  Are you a doctor?  You think I like having to wake up every day unable to work.  You just don’t get it.  I wish I was normal!”

During any of these confrontation with a substance abuser who is quite practiced at Sympathy Manipulations, you may find yourself backing off, telling him or her that you love them, that they are worthy, and that you didn’t mean to be critical. Interestingly enough, in most cases of an intervention, there isn’t usually any criticism or judgmental comments from the family. Instead it is an objective portrayal of the truth. Rather than accepting and taking accountability for their actions, the addict or alcoholic tries to prevent you from illuminating to them the reality of their life.   They evoke sympathy and you back off or stop the confrontation completely.