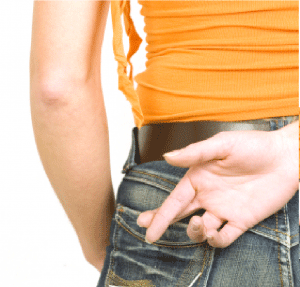 Everyone connected to a substance abuser has the hope that the problem will go away.  A substance abuser will use hope manipulation against you to stop you from intervening.  Hope is one of the strongest emotions that a substance abuser becomes adept at using to “train” you not to intervene.A majority of alcoholics or addicts have gone past the adamant denial stage.  After years of use or just so much evidence it is often pointless to deny that the use exists. So instead of adamant denial he may use what is referred to as an offering of hope. This is the most subtle, most commonly used and most deadly of all the emotions used to  manipulate. You as a family member so desperately want to believe in the hope that the problem can and will be fixed that the alcoholic or addict may use that hope against you. It goes something like this:

“Yes I screwed up, but I will never use drugs again. I promise. I can beat this on my own. I don’t need a rehab. I’ll go to an outpatient clinic or see a counselor or maybe one of those meetings next week. I’ll see a psychiatrist once a week. You can drug test me every day. I just need to get a job, and you can even hold on to my paycheck. Just give me another chance. I’ll stay at your house. I can quit. I just need your support. I swear to you it won’t happen again”.

So intently can he argue with conviction, that you find yourself faltering. He seems sincere, doesn’t he?  The hardest part for most families is that their loved one probably is sincere…for the moment.  But remember that every criminal standing before the judge awaiting sentencing is usually quite sincere when he says, “Your Honor, I’ll never do that again.  I’ll be good.  I promise.”  But that sincerity will fade the minute the consequences are no longer present.  In most cases the offering of hope isn’t actually an offering of recovery or treatment that will handle the underlying problems, but rather just a temporary band-aid; an extremely minimal, non-intensive solution with no long-term gain. And if you buy into and accept the offering of hope then the uncomfortable conversation or confrontation is over…that is until next month when you are in exactly the same situation as you are in now. Never accept a minimal solution in the hopes that “something is better than nothing”, for the minimal solution has only one motive…to make the intensive treatment facility “go away”. Understand that in recovery, minimal solutions often have zero results even if your loved one is sincere.

Be very wary of the offering of hope, for it is usually nothing more than a very convincing manipulation.  Many a parent has walked into the bathroom to find their son dying of an overdose on the floor, because a weak promise instead of treatment was considered to be enough several days earlier.