Symptoms of Withdrawal from Stimulants 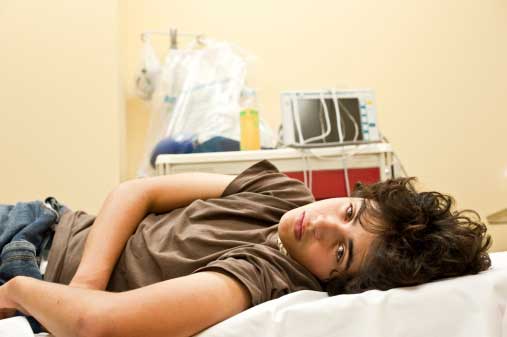 Withdrawal from stimulants is almost mirroring opposites of the acute effects. Thus, someone who has been using stimulants and stops will experience irritability, weakness, marked reduction in energy, hypersomnia, depression, loss of concentration, and increased appetite. These symptoms are more severe in those who have taken higher doses over longer periods. They usually disappear within 2 to 3 days, but sometimes last for a week or more.

Dangers of Withdrawal from Stimulants

Stimulants can produce other serious adverse effects, in addition to the withdrawal symptoms described above. One of the most common is paranoid ideation in which the person becomes very suspicious and fears that people are watching or following him. It may even result in auditory hallucinations (hearing voices) and delusions where, for example, the individual becomes convinced that people are plotting to kill him. These mental effects are identical to the symptoms of paranoid schizophrenia, a serious mental disorder. Individuals vary in their susceptibility to these adverse effects. Some can get them from only one or two low doses of a stimulant, while others become paranoid only after using large doses for a long time. It is difficult to predict how any one individual will respond to stimulants; therefore, these psychoactive chemicals are regarded by psychiatrists as very toxic. It is believed that anybody who takes stimulants can become paranoid if high enough doses are used for an extended time. The paranoid effects, if they occur, usually disappear within 2 to 14 days, but occasionally they last much longer.

Medical Issues from Withdrawal from Stimulants

Stimulants can also induce seizures due to stimulation of the nervous system and can cause sudden death. This is thought to result from the effects on the heart, which can lead to irregular heartbeat, a heart attack, inflammation of the heart muscle, or even cardiac arrest (a sudden stopping of the heart). Cardiac arrest appears to have caused the death of Len Bias, the All-American basketball star at the University of Maryland who died from cocaine use in the summer of 1986. It is impossible to predict when cardiac toxicity will occur. Like the mental effects described above, it may occur after taking only small doses. This is another reason why stimulants are regarded as extremely dangerous when abused.

Still another serious adverse effect of stimulants, especially cocaine, is elevated blood pressure. This is probably the underlying cause for the cerebrovascular accidents (CVA) being observed with increasing frequency in hospital emergency rooms in association with cocaine use. A CVA involves the rupture or clotting of one or more blood vessels in the brain, often resulting in the death of brain tissue. A large number of cocaine-related cerebrovascular accidents, some resulting in permanent neurological defects or even death, are well documented.

A final and tragic adverse effect associated with cocaine use is fetal damage. Premature delivery, low birth weight, respiratory difficulties, and an increased risk of sudden infant death syndrome all appear to be more common in children of cocaine-abusing women.

Alcohol and Cocaine Withdrawal from Stimulants

Last, of all, it is important to know that cocaine is commonly abused in combination with other psychoactive chemicals, especially alcohol. Data from the Cocaine Hotline operated by NIDA consistently indicates that a large number of callers have problems with alcohol abuse in addition to cocaine. Other sedatives, such as benzodiazepines (see next sections) and narcotics, are also often combined with cocaine. The high level of poly-chemical abuse seen in cocaine users probably reflects the user’s effort to reduce the intense arousal produced by the chemical. Cocaine users should routinely be asked questions about their drinking habits and their use of other chemicals. It is often necessary to detoxify cocaine abusers and addicts from alcohol or other sedatives as part of their rehabilitation program.

Remember, Intervention Services is on hand 24 hours a day to help you to help your loved one who may be abusing drugs or alcohol.  If you have questions or need to speak with someone, understand that most of our employees are recovering professionals who can speak with you as someone who once abused drugs themselves.