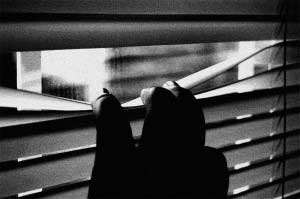 Stimulants (also referred to as psychostimulants) are psychoactive drugs which induce temporary improvements in either mental or physical function or both. Stimulants, second to alcohol are probably one of the most used types of substances commonly used by people today. Some of the most common examples of Stimulants include:

Stimulant use, abuse, and dependence, like alcohol and narcotics, have an ancient history. Cocaine, though often considered a new psychoactive chemical of abuse, was first described 400 years ago by the Spanish explorers of South America. They wrote of Indians who chewed coca leaves to be continually intoxicated, and described individuals who appeared to be severely addicted as a result. For many years, cocaine abuse has been the most rapidly increasing type of psychoactive chemical abuse seen in the United States. The good news is that in major urban areas, cocaine use now appears to be leveling off or decreasing (Isralowitz and Telias, 1998). Although smoking crack remains the most popular method of using the drug, there is evidence that smoking is declining and intranasal use increasing. In spite of an apparent trend toward decreasing use, cocaine remains the most common psychoactive chemical of abuse that counselors will encounter, making it very important to understand the clinical and behavioral effects of this psychoactive chemical.

Read this for more information about drugs.

If your loved one is struggling with an addiction to cocaine please see our cocaine intervention page.

Other stimulants, such as the amphetamines (Dexedrine, Methedrine) or methylphenidate (Ritalin) do not have as long a history as cocaine because they do not occur naturally (as does cocaine) and were only discovered in the early part of the 20th century. In addition to the epidemic of cocaine use in the United States, several other well-documented epidemics of stimulant abuse have occurred. For example, an epidemic of amphetamine abuse arose in Japan after the end of World War II, caused by the sudden availability of a large supply of amphetamines that had been stocked during the war. This epidemic was stopped after several years through strong administrative efforts that sharply reduced the supply of amphetamines, and also by mandated treatment for those who had become addicted. Another amphetamine epidemic occurred in Sweden in the early 1960s; this was reduced substantially by the combination of treatment and the imposition of strict controls over supply. A similar pattern appears to be emerging in the United States, where many states now either prohibit or severely restrict the prescribing and use of amphetamines by medical practitioners.

Thus, if there is anything reassuring about our current problems with cocaine, it is that the problem is not really new, and that past epidemics of stimulant abuse had relatively short careers which ended after effective administrative action was taken. Whether history will repeat itself remains to be seen. The current epidemic has a different twist from earlier ones, namely, the use of freebasing techniques and the manufacture of crack. These are simply applications of technological know-how to the process of cocaine self-administration that allow a person to smoke or inhale pure cocaine. These methods of self-administration result in immediate and powerful psychoactive chemical effects, and thus create an extremely strong demand for more cocaine in those who use or abuse it, making the problem unusually difficult to combat.

Some other information about Stimulants:

Essentially, Intervention Services is on hand 24 hours a day to help you to help your loved one who may be abusing drugs or alcohol.  If you have questions or need to speak with someone, understand that most of our employees are  recovering professionals who can speak with you as someone who once abused drugs themselves.