Physical and Mental Effects of Stimulants 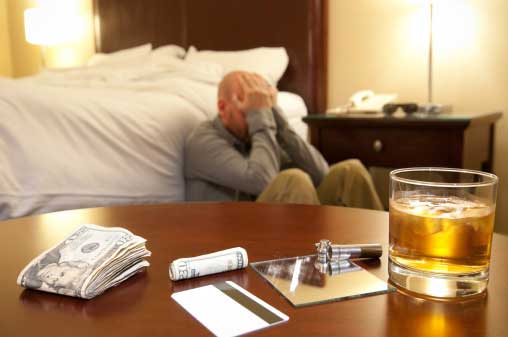 Effects of stimulants produce a generalized arousal of the central nervous system. This results in an increased sense of alertness, an increase in pulse and blood pressure, an increase in physical activity and strength, a decrease in appetite, and a feeling of well being that ranges from mild happiness to euphoria. The intensity of stimulant effects depends on the dose and also the type of psychoactive chemical. Cocaine is the most potent stimulant, methamphetamine (Desoxyn) the next most potent, followed by dextroamphetamine (Dexedrine) and methylphenidate (Ritalin).

Effects of Stimulants in Practical Use

Most of the stimulants have appropriate medical uses. Cocaine produces numbness when applied to mucous membranes and for that reason it is often used by ear, nose, and throat (ENT) specialists, and occasionally in ophthalmology and urology for minor surgical procedures. Because cocaine constricts blood vessels (one of the mechanisms of its ability to raise blood pressure), it also stops bleeding. This effect adds to its usefulness in ENT surgery, which typically produces considerable bleeding because of the rich blood supply in the areas affected.

Effects of Stimulants in Illicit Uses

Because stimulants temporarily increase alertness and strength, psychoactive chemicals such as dextroamphetamine (Dexedrine) are sometimes used by students to cram for exams, by long distance truck drivers who need to stay awake at night, and by athletes to improve performance. Stimulants also have been used in attempts to control weight. This is one of their most controversial uses and has led to many abuses and inappropriate prescribing practices. One example is the physician who advertises that he treats obesity by prescribing stimulants (usually Dexedrine or Ritalin) to almost everybody who walks through the door. Such physicians have often developed huge practices, called “fat clinics,” with dubious benefits to their many “patients” and often with diversion of stimulants into the illegal market.

A number of studies have shown that stimulants cause modest weight reductions over a period of 2 to 4 weeks. However, tolerance to their appetite-suppressing effects then develops, and higher doses must be used to obtain the same effect.

Positive and Negative Effects of Stimulants

The general conclusion from a large number of such studies is that the benefits of stimulants are modest and of short duration, and their liabilities are high; therefore, their use for weight control appears to be inappropriate and unwise. As a result, most physicians will not use them for this purpose, and many states have passed laws that forbid their use for weight reduction. Paradoxically, good medical evidence supports the use of stimulants to decrease physical activity and increase attention in children who are hyperactive. They also help people who suffer from narcolepsy, a condition in which a person is unable to stay awake. In addition, they have proven helpful in some people who have unexplained edema (fluid retention and swelling of the extremities). In these cases, the least potent stimulants, such as methylphenidate (Ritalin), are used orally to minimize the chances for abuse or other undesirable side effects. Another legitimate but infrequent use for stimulant psychoactive chemicals is in the treatment of chronically depressed elderly patients, or as an adjunct to a variety of antidepressant treatments in people who have been unusually resistant to the more standard treatments. Such use is generally seen only in very specialized medical clinics or hospitals.

Side Effects of Stimulants

Amphetamines and stimulants other than cocaine produce effects lasting for only 3-4 hours when taken intravenously (the usual route in abusers) and 8-12 hours when taken orally. Cocaine’s effects are much shorter, being measured in minutes when freebased or smoked as crack, and lasting somewhat longer when snorted. This leads to repeated dosing in users or abusers of these chemicals and is one of the reasons why stimulant (and especially cocaine) abusers can use very large amounts of psychoactive chemicals in a relatively short time, spending great sums of money in the process.

Tolerance to the euphoric effects of stimulants occurs very quickly, especially in the case of cocaine. This, combined with its short duration of action, often results in a very rapid increase in dose by a psychoactive chemical user, abuser, or addict. The most common situation occurs when someone having taken several “hits” of cocaine develops some tolerance, and increases the dose to repeat the effect. This sequence recurs until the person is taking very high doses over a short time. All these factors, combined with the intense euphoric effect, probably account for the extremely high abuse liability of cocaine and its propensity to turn occasional users into addicts very quickly.

No one knows how to predict who will become addicted to cocaine or any other psychoactive chemical, or how long it will take. It is known, however, that the risks of dependence to cocaine are unusually high, and that the time from first use to full-blown dependence can be very rapid–a matter of weeks or months. This compares to a period of months or years for narcotic dependence, and typically years to decades for alcoholism to develop.

Remember, Intervention Services is on hand 24 hours a day to help you to help your loved one who may be abusing drugs or alcohol.  If you have questions or need to speak with someone, understand that most of our employees are  recovering professionals who can speak with you as someone who once abused drugs themselves.