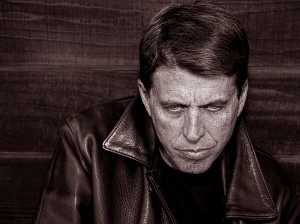 The results of a new study have identified how drug abuse and addiction can increase the rate of aging, as well as age-related illnesses. These include inflammation, cellular aging and decline in brain volume and function. The list of age-related ailments also includes early onset of brain, liver, kidney and heart diseases.

The study, which was conducted by researchers at the Icahn School of Medicine at Mount Sinai, New York, found that a number of these diseases are either triggered or worsened by drug abuse. For example, cirrhosis of the liver is related to alcohol use; pulmonary hypertension is related to methamphetamine use. Many times, these “secondary” diseases are not detected by healthcare professionals treating people with substance abuse issues. Ultimately, their presence leads to an “economic, personal and social burden” the researchers noted.

Certain lifestyle factors, such as limited use of healthcare resources, poor nutrition and lack of exercise play a role in the early onset of age-related health concerns. The researchers felt that these factors may influence them, as opposed to directly accelerate the aging process.

Some illnesses that have been linked to accelerated aging and drug abuse are as follows:

Addictive drug use such as opiates, inhalants, synthetics, cocaine, amphetamine and inhalants slows down cell growth. At the same time, it speeds up the rate of cell death. When drugs are used in combination (cocaine and opioids or cocaine and alcohol), the rate of slow cell growth/more rapid cell death increases.

Addiction to cocaine and opiates can lead to an inflammatory state in the brain, which contributes to vascular disease. This inflammation can be accelerated if someone is a cigarette smoker.

Brain weight decreases by five percent every 10 years after age 40, on average. When someone uses cocaine, the rate of brain volume declines at double the normal rate. Marijuana use has been associated with a lower volume of the hippocampus. These are the elongated ridges of the brain, and are thought to be associated with memory, emotion and the automatic nervous system.

Get Treatment and Intervention Help

As this research shows, not all tragic results from substance abuse happen suddenly. In many cases, the long-term effects of alcohol and drug use aren’t immediately apparent, but are no less deadly.

If you have a loved one with a drug or alcohol problem, contact us today for more information on successful treatment and intervention services.

Is Addiction A Genetic Or Hereditary Disorder?