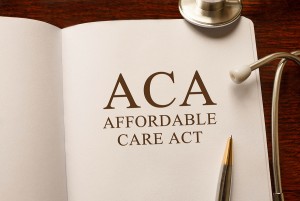 Let’s face it. The Affordable Care Act (ACA) as we know it will be going away. As with other political arguments, this inevitability is met with scorn by some people and is praised by others. Right now, the only thing that is certain is that there is a lot of uncertainty surrounding this change, including what it means for people who are in need of drug and alcohol rehabilitation help.

The ACA (also colloquially called “Obama Care”) has helped millions of people get insurance and access to healthcare services. It also helped eliminate some other barriers such as pre-existing conditions and waiting periods. This meant that more people were able to enroll in addiction treatment programs and receive benefits to help cover the cost of rehabilitation. However, the results have also included rising healthcare costs as well as insurance premiums.

Now, the new Administration and Republican-controlled Congress have vowed to repeal the ACA, though how soon anything takes shape or what will be left in its place is still very much unknown.

According to the government, 20 million people have signed up for insurance under the Affordable Care Act. Now, compare this to the number of people who are currently suffering from drug and/or alcohol addictions, 22.7 million per the Substance Abuse and Mental Health Services Administration (SAMHSA). If the ACA is repealed and not replaced with something that gives the same types of benefits to those suffering from addiction, then millions of people stand to lose their opportunity of enrolling in effective treatment centers.

States like Maine and West Virginia have reported some of the highest drug abuse statistics in the nation and are fighting hard to keep the ACA or replace it with something that is equally helpful to addicts. “Congress should do everything it can to expand treatment options for people — not strip them of the critical resources that could save their lives,” offered Maine’s independent senator, Angus King.

Whether or not the additional insurance coverage goes away, it is clear that addiction won’t be, and it is just as important as ever to take that first step in getting help for your loved one. Contact us today to find out more about treatment and intervention options and how to find the right programs.

Study: Most teens abusing painkillers aren’t trying to get high