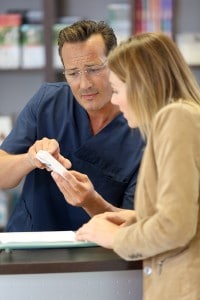 The opioid crisis is a serious matter in the United States, which has seen considerable coverage in the press recently. The epidemic is being approached from many different angles, including prescription drug monitoring programs for doctors and pharmacists. However, people addicted to drugs are often resourceful in finding other ways to obtain them, and according to a recent article, have even resorted to using their pets to get painkillers from veterinarians.

Recently, a suspected case was reported to authorities by a clinic located in the Vancouver, Washington, area. An owner came into the veterinary office claiming that their dog was sick and in pain. The owner asked the veterinarian to write a prescription for pain medications.

There are some drugs that veterinarians prescribe for pets that can also be used by humans. The Washington State Veterinary Medical Association (WSMA) has seen a few cases of pet owners attempting to get drugs for themselves over the last several years.

In 2009, a number of veterinary clinics in the Seattle area reported that some people have been posing as clients in order to get prescriptions for Tramadol. This narcotic-type pain medication is available on a prescription basis to treat moderate-to-severe pain. It is available in an extended-release formulation that provides around-the-clock pain relief, as opposed to a medication that is taken on an as-needed basis.

The WSVMA now sends alerts to clinics to let them know every time a suspected drug seeker is reported, so they can be aware of the situation. It appears that vet clinics all over the country should potentially be included in the prescription drug monitoring programs, especially for drugs like painkillers and others that have a high potential for abuse and dependency.