Drug and alcohol addiction is an issue that doesn’t discriminate. This is not a situation that only happens to people from a certain economic class or who live in a particular area. Many families struggle with the problem of being uncertain of what to do about a loved one who has a substance abuse problem in Washington State. Drug & alcohol interventions are a good strategy for families who are looking for help in this situation.

For family members who have never been addicted to drugs or alcohol, it can be difficult to understand the hold that chemicals can have on the affected person. An interventionist will explain that an addict no longer has a choice about whether they will use their drug of choice. The addiction takes control of their actions.

How to Hold an Intervention

The family members write letters to their addicted loved one before the intervention. The letters include a statement of love, as well as mentions about incidents when the addict has hurt the family member. It’s impossible for the addict to deny that his or her addiction isn’t hurting anyone else when faced with these direct statements proving otherwise.

The addict is encouraged to take responsibility for his or her actions. The family presents a plan for the addict to go to addiction treatment. Ideally, it includes having the addict leave directly from the intervention. The family members will get counseling as well.

If the addict doesn’t decide to get help, the family will impose consequences. Family members share what they will do in this instance calmly; however, these “bottom lines” are firm and not negotiable if the family has to put them in place.

Information on Drugs, Alcohol, and Interventions in Washington

When thinking about an alcohol or drug intervention in Washington, it is helpful to understand the predominance of the various drugs and their activities within the state. Situated in the Pacific Northwest region of the U.S., and well known for its “hippie” culture, Washington is home to Seattle, the “grunge rock” capital of the world. Best known for the band Nirvana, its enigmatic frontman Kurt Cobain was known to suffer from heroin addiction, and at the height of the band’s popularity, consequently committed suicide at the age of 27. Washington is no stranger to the horrors of drug and alcohol addiction. Sharing a border with Canada, Washington is a transshipment point for drugs and monies entering Canada, as well as Canadian pseudoephedrine, Canadian marijuana (BC Bud), and other drugs entering the United States. Washington has severe clandestine methamphetamine laboratory problems. Mexican National poly-drug organizations dominate the drug trade and many have added MDMA as a drug they can now supply. The greater Yakima Valley is home to large scale poly-drug trafficking organizations responsible for the distribution of drugs throughout the United States.

We provide professional interventionist help to people all across the state of Washington, including areas such as Everett, Kennewick, Olympia, Seattle, Spokane, Tacoma, Walla Walla, Yakima and more.

Contact us today for more information about successful intervention practices in Washington.

Cocaine and crack cocaine are readily available. Crack cocaine is largely limited to inner-city areas. Cocaine is consumed in the state and smuggled into Canada for redistribution, where it commands a higher price than in the United States. According to a recent Royal Canadian Mounted Police report, up to 24 tons of cocaine enter Canada each year. BC Bud marijuana from British Columbia, Canada is sold or traded in the United States for cocaine to be sold in Canada.

Mexican black tar and brown heroin are the primary types of heroin found throughout Washington. Mexican poly-drug trafficking organizations remain the primary source of black tar heroin in Washington. Heroin is smuggled from Mexico to Washington by a variety of methods, including vehicles equipped with concealed compartments.

Substance Abuse in Washington by Age

Drug or Alcohol Rehabs in Washington

Surprisingly, considering the wide-spread severity of the problem, the options for drug rehabs in Washington are few. Many state residents are forced to seek treatment out of state

Let our intervention specialists help to guide you in choosing the best treatment solution for your loved one.

Drugs can take a catastrophic hit on users, even their family. That is why there are Washington Drug Rehabs that help addicts recover. It doesn’t necessarily have to only help addicts, but also for mental and physical illness and even injuries.

Washington Drug Rehabs has had 418 treatment facilities in 2015. Each facility all had different types of services; detox, behavior therapy, inpatient or outpatient treatment, sober treatment, or aftercare, just to name a few. The treatments can assist drug addictions by helping change their lifestyle to a healthy one, helping change their attitudes to positive behaviors, and giving them medication. Addiction By The Numbers: US Treatments Stats states, “The 2015 National Survey on Drug Use and Health Reports that 1.5 percent of the United States (or 21.7 million people) aged 12 or older needed substance use treatment in the past year.”

According to recovery.org “Top Washington Addiction Recovery Centers: Reviews and Ratings”, 57% of injection heroin users who were hooked on prescription opiates prior to trying heroin in 2015, Between 2002 and 2013, a total of 6,668 deaths were directly related to opioids in the state.

Washington Drug Rehabs can help many people with many different addictions that they might have. Each rehab has different types of services that can help you recover. Detox, behavior therapy, inpatient or outpatient treatment, sober treatment, or aftercare are some of the services rehabs provide. Do not be apart of the statistics, seek help, recover, and live a healthy life.

Drug or Alcohol Interventions in Washington 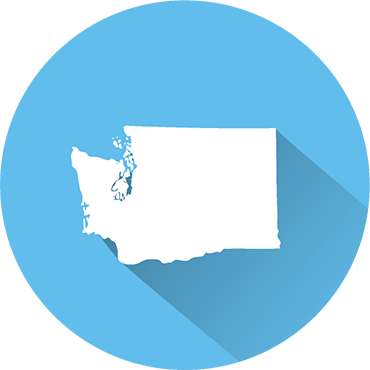