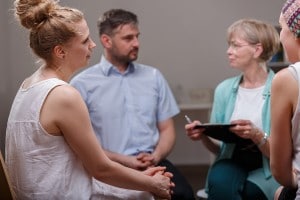 In an effort to deal with the issue of increased heroin and opioid overdoses in the state, a groundswell of support seems to be growing for a measure that would make it legal to force people with substance abuse issues into treatment in the state of Pennsylvania. The highest-ranking Democrat in the Senate has introduced a law which, if passed, would allow family members to involuntarily commit a loved one to a treatment facility.

The chairman of the Health Committee (a Republican) is working on a separate piece of legislation. This bill would allow for involuntary treatment of someone using drugs if they overdose.

Both of these proposals are being put forward as a result of the public’s sense of despair as a result of the opioid epidemic moving through the state. It is currently taking a toll nationwide. Other states have similar laws of involuntary commitment for various circumstances, and the studies have shown that treatment does not have to be voluntary to be effective.

The Senate Minority Leader Jay Costa (D, Allegheny) commented recently that he has heard from a number of people who have expressed a sense of helplessness in “trying to get treatment options for a loved one.”

Number of Overdose Deaths in Pennsylvania Up

The number of overdose deaths in PA has increased to 3,383, a rise of 23.4 percent, in the period from 2014-2014. These statistics were compiled by the Drug Enforcement Administration. State officials are bracing for 2016 numbers to be even higher.

Gov. Wolf has asked the state legislature for $10 million in the next budget so that access to naloxone, the drug used to revive overdose victims, can be made available on a larger scale. There is a strong level of support among both parties for this measure.

Not everyone is supporting Costa’s involuntary treatment bill. The American Civil Liberties Union of Pennsylvania (ACLUP) has said that it would oppose the proposed legislation, which would allow for involuntary commitment to a drug treatment center after a petition is made by a spouse or a relative. The addict would then be evaluated by a physician and a hearing would be held before the person would be placed in treatment.

The ACLUP admits that drug and alcohol addiction are serious problems but states that the organization has concerns that this approach “undermines people’s fundamental rights to liberty.” A spokesperson stated that the bill didn’t specify the type of “imminent danger” that a person would need to be in to require involuntary commitment. He also stated that the proposed law only required one doctor to sign a statement finding that the person has an addiction.

Why Intervention Is Better

Drug and alcohol addiction interventions are usually a much better option that is somewhere in between wanting to get better and pushing someone in the direction of getting better. Skilled interventionists work with those who need help to agree that they want to change and to try something that can improve their lives. They also work with friends and family members to help create a better system in support of recovery and an overall healthier dynamic.

Strange Indicator Someone May Have an Addiction Problem