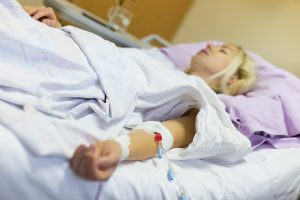 One of the most common reasons to prescribe prescription painkillers is after a surgical procedure. Sometimes these surgeries can be major, and other times they can be less invasive. However, painkillers have become part of most standard recovery protocols. One major problem with this is that sometimes patients do not stop taking their painkillers, even after the prescription runs out, or there is no longer any pain.

Researchers at the University of Michigan Medical School discovered that 6% of patients that are prescribed painkillers after surgery continue to take painkillers well after the surgical recovery. After this discovery, the main question was why? Some hypothesized that patients who underwent more painful or invasive surgeries were more likely to continue painkiller use. However, this turned out to be untrue. In fact, the type of surgery did not appear to have any bearing on whether or not a person continued taking painkillers.

Although the exact reason for this continued misuse isn’t fully known yet, the researchers did notice some telltale signs that could predict if a person will develop an addiction to painkillers after surgery. While looking at data supplied of more than 36,000 patients, it was found that those who smoked, had preexisting substance abuse problems, drank alcohol, or had mood disorders were more likely to abuse painkillers than patients who did not have these issues.

Since the recovery from surgery is oftentimes painful, it is not always possible for doctors to withhold painkillers from their patients, but they can keep a closer eye on the situation. This evidence backs up another recent study that showed that people were also being given more pills that they needed after a surgery. Now is the time for doctors

If you have a loved one who is addicted to oxycodone, heroin or any other opiate, contact us today for more information about how we can help.

Jamie Oliver Opens Up About His Addiction