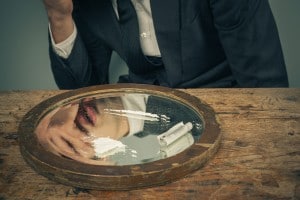 One of the more serious, yet under-acknowledged, side effects of cocaine use is the risky behavior that can arise after using the drug. Risky behavior can include actions such as violence, theft or other crime, and poor decision making regarding sexual encounters. In fact, risky sex-related behavior is exactly what researchers investigated in a recent study.

While it is certainly common to hear of stories regarding poor decision making and drug use, these researchers wanted to know, specifically, why cocaine seemed to cause people to do things they wouldn’t normally do when it comes to sex.

After examining data gathered by participants with an active cocaine habit, researchers were able to conclude that cocaine causes a person to feel more impatient when it comes to sex. This means that instead of stopping, or going out of one’s way to wear protection, people under the influence of cocaine are more likely to ignore these precautions and continue.

“Our study affirms and may help explain why people who regularly use cocaine are more willing to partake in risky sex when under the influence of cocaine, and underscores why public health officials and physicians should be ensuring that cocaine users are supplied with condoms to prevent the spread of sexually transmitted disease,” explained Matthew Johnson, Ph.D., and associate professor of psychiatry and behavioral sciences at Johns Hopkins University School of Medicine.

Additionally, this information sheds light on the decision-making processes that occurs when someone is under the influence of cocaine. Impatience, compulsiveness and a disregard for consequences are all things that need to be overcome when it comes to overcoming a cocaine addiction. Researchers went on to conclude that cocaine escalates sexual desire, another likely reason for impatience when it comes to postponing or stopping dangerous sexual encounters. 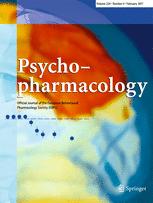 The full results of the study appear in the latest issue of the journal Psychopharmacology.

Oftentimes drug prevention efforts focus more on the damage caused to the heart when using cocaine, but the consequences of the sided effects noted in this study can be just as damaging. Engaging in risky behavior that can lead to the spread of serious diseases, other physical harm and unwanted pregnancies are things that may resonate more with younger people to help them stay away from the drug.

This is also a major reason for intervening on cocaine users, as many of them wind up ruining their family life due to these risky sexual behaviors, including repeated acts of infidelity. This is one of the many ways that families get torn apart by addiction. Contact us today for more information on cocaine interventions and how we can help.