If you are concerned about a loved one’s use of drugs or alcohol, you are not alone. Many Ohio families are going through a similar situation and are considering a drug & alcohol intervention. In a situation where your family member is struggling with alcoholism, you’ll want to make a point of working with an experienced interventionist.

It can be more difficult to get someone with an alcohol problem to go to treatment. It’s easily accessible and socially acceptable. Advertisements regularly depict alcohol consumption as being part of “the good life.”

These factors combine to make it difficult for some family members to acknowledge that a loved one really has an issue with alcohol. They may be in denial, just as their addicted loved one may have a problem with admitting that he or she has a serious issue with drinking and needs help.

Family May Want to Wait for “Rock Bottom” Before Acting

Many people think that someone with an alcohol (or drug) problem has to hit “rock bottom” before they will be in a mindset where they will be willing to accept the idea that they need to get help. Unfortunately for someone who is abusing alcohol, their rock bottom moment may occur only after they have caused an auto accident where they have severely injured or killed someone.

No one wants to see that happen. The better plan is for the family to seek help as soon as they realize there is a problem.

The interventionist will guide the family on through the process of having the all-important conversation with their addicted loved one on Intervention Day. It’s not unusual for an alcoholic faced with several family members who want to discuss his or her drinking to claim not to have a problem with alcohol.

An experienced interventionist will do his or her utmost to keep the conversation going and invite family members to read letters they have written before the intervention. The letters express feelings of love and hope that the alcoholic will accept help and go to treatment.

When considering an intervention specialist for alcohol or drug-related problems, in Ohio it is helpful to take into consideration the predominance of the different drugs and their activities within the state. Celebrities such as Dean Martin, Clark Gable, and Drew Carey trace their roots back to Ohio. Located in the American heartland, Ohio is also home to Jerry Siegel and Joe Shuster, the creator of the comic-book character Superman. The Rock and Roll Hall of Fame, which honors all popular music form, is located in Cleveland, Ohio. Sadly, Ohio also suffers from a serious drug and alcohol problem. Cocaine, being widely available and commonly abused throughout Ohio, poses a serious drug threat to the state. Many violent crimes committed in Ohio are associated with the abuse and distribution of cocaine.

The Drug Problem in Ohio State

According to the Ohio Department of Health, Ohio is the leading state in the nation’s opioid-related overdose deaths. The figure stands at 4,050 overdose deaths that were reported in 2016. This was a 33% increase as from 2015. The sad thing is that 60% of those dependent on opioids do not have access to treatment. On the bright side, Ohio is home to numerous drug rehabs and patients can check in to the Ohio drug rehabs. So in a bid to help a person in Ohio suffering from a drug problem; let’s take a look at what drug rehabs are and treatment options available.

What is drug rehab? This is a facility whose main aim is to assist drug addicts to get back into society. This is because once a person gets addicted to a substance, the addiction changes how the person behaves and this has adverse effects on all aspects of the person’s life, especially their work and relationships. As such, drug rehabs main aim is to help the addicts get back to their normal lives in a way that is healthy and safe. Rehab centers vary, with some specializing in helping addicts overcome a specific drug addiction while others provide a range of drug addiction services.

So what kind of treatments are there? Treatment programs vary depending on the patient and often, they are customized to fit the needs of the patient. With that said, let’s take a look at some of the treatment programs. The first and most prescribed is inpatient rehab treatment. This is where the rehab is designed to deal with all the aspects of an addicts addiction. In inpatient rehabs, the addict resides in a substance-free environment and receives full-time medical care as well as therapeutic care. This treatment is mostly prescribed to patients suffering from chronic addiction.

The third treatment program involves detoxing from the drug or substance. In this case, the person is assisted in withdrawing safely from the drug until it is no longer present in their system. It mostly helps patients with moderate to severe cases of addiction.

In conclusion, many of the Ohio drug rehabs are designed to cater for many, if not all of the drug-related problems and recovery that a patient may need.

We perform interventions in these cities and other parts of Ohio:

Heroin is another significant drug threat to Ohio. Heroin is readily available in all areas of the state, and the number of heroin users is steadily increasing. Also, younger people are beginning to abuse heroin than ever before. Still, marijuana is the most commonly abused and widely-available illegal drug throughout Ohio. Recently, there has been an expansion in the amount of methamphetamine that is produced and abused within the state. Other illicit drugs, such as LSD, PCP, MDMA, and pharmaceuticals are becoming an emerging concern.

Ohio is an ideal location for drug trafficking, due to its transportation infrastructure and location between Chicago and New York City, two major drug distribution centers. Ohio’s interstate highways run through Cleveland, New York City, Toledo, and Chicago. Its highways enable easy transportation of cocaine, marijuana, methamphetamine, heroin, and other illicit drugs into and through Ohio.

Drug or Alcohol Interventions in Ohio 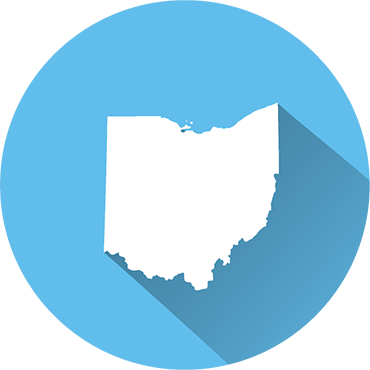