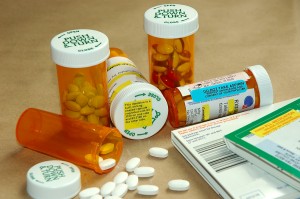 The results of a study conducted by the Johns Hopkins Bloomberg School of Public Health and published in JAMA Internal Medicine have revealed information about how prescription opioid medications are stored, shared and disposed of. As the problem of prescription drug addiction continues to grow, understanding how the pills reach users will be an important part of dealing with this issue.

Researchers conducted a nationwide survey of US adults who had recently used opioid medications.

– When the survey was conducted, 440 respondents (46.7 percent) were using opioid medications. More than 50 percent of them either had or expected to have medication left over when their treatment ceased.
– Among those who reported having leftover medication, the majority (61.3percent) said they were keeping their prescription medication for future use.

– A significant number of respondents (20.9 percent) said that they stored their opioid medications in either a “locked or latched location,” while 8.6 percent stated their medication was kept locked up.
– Close to half of those surveyed said they could not recall receiving any information about storing narcotics safely (48.7 percent) or proper disposal of leftover prescription drugs (45.3 percent).

Sources of Information About Safe Storage and Proper Disposal Methods

Respondents (505) who indicated they received information about safe storage methods for prescription medications reported receiving it from several sources, including:

The respondents (548) who said they learned about proper disposal methods found out about it from the following sources:

Researchers suggested that more can be done to educate patients about how to store and dispose of opioid medications safely after use instead of continuing to hold onto it “until next time” pain strikes. Medications can be turned in to a pharmacy for safe disposal once the treatment period has been completed, and storing them in a secure environment will lower the risk of them being used by someone other than the person for whom the prescription was originally written.

Physicians can lower the risk of prescription drug sharing by writing prescriptions for fewer quantities of opioids at one time and seeing the patient more often for follow-up about their condition. This may help to limit non-medical use of these medications.

If you are concerned about your own or a loved one’s non-medical use of prescription drugs, contact us to speak with an intervention and treatment specialist who can help answer your questions and explain your options to you.

Poll: One in 10 Americans have taken shared prescription medications

Rich Kids at Higher Risk for Addiction, According to New Study