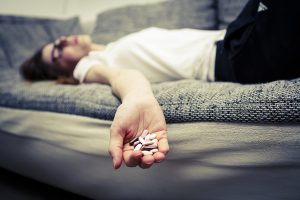 New Jersey Governor Chris Christie has made a renewed appeal for prescription drug drop-off sites to be established across the state. These sites will be dumping stations where the public can safely dispose of unused prescription medications.

Leftover Medications may be used in Pharm Parties

This measure was put in place to combat the practice of teens and others holding “pharm parties” years ago. Attendees at these events bring leftover medications, which are mixed into a plastic bag. They take turns accessing a combination of pills from the bag. No one knows exactly what they are taking, or the effect the pills may have in combination with each other.

When prescriptions are not finished and left in a bathroom cabinet or a cupboard, they are within arm’s length of someone who may be tempted to pick them up and take them to a pharm party. A teen or other family member may also take the unused prescription drug themselves or sell them to others. The prescription drug problem, especially opioids, has grown well beyond these parties, as record numbers of overdoses continue to overshadow the country.

When unused prescription pain medications are taken by someone other than the original patient, it can start the chain of events leading to addiction. Once a person becomes addicted to opioids, they may turn to heroin if they are unable to find a reliable supply of pills feed their addiction.

In October 2016, a total of 366 tons of prescription drugs were collected from more than 5,200 sites across the US. The sites were operated by the Drug Enforcement Administration (DEA) and local police forces. In the 12 previous take-back events, another 3,500 tons of prescription drugs were collected. This practice is said to have started in New Jersey.

In a recent speech, Governor Christie pointed out that drug overdoses have claimed the lives of more overdoses in 2016 in the US than AIDS during the peak of its epidemic in 1995. He went on to say that at that point, national institutes of health, pharmaceutical companies and the government were “not cures – treatments to extend the lives of people who suffered from HIV and AIDS….I don’t get, feel the same sense of urgency in this country about this problem.”

Governor Christie pointed out that at the beginning of the AIDS epidemic, the public considered AIDS as something that people “did to themselves.” He said that the same idea exists around drug abuse and that it needs to be rejected in favor of an approach that supports finding treatment for people who need help with addiction.

Being a Board Registered Interventionist