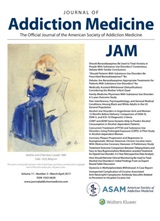 Researchers at UCLA School of Medicine recently compiled a study monitoring the mortality rate among more than 2,500 patients with opioid use disorder in a general healthcare setting, such as a primary care physician or hospital. What they found was that the patients were seemingly slipping through the system either undetected or inadequately treated.

Nearly 20% of the patients with opioid use disorder in this study wound up dying as a result of their drug use, most through overdose. The percentage put it at the top of the list for mortality rates in this setting.

“The findings were surprising because one would potentially expect better health care outcomes for patients being served by a large health care system. Late identification of opioid use disorder and lack of addiction treatment could contribute to these high rates of serious health conditions and death,” explained Yih-Ing Hser, professor of psychiatry and behavioral sciences at the David Geffen School of Medicine at UCLA.

This study, which appears in the Journal of Addiction Medicine, was especially important because as the number of people who abuse painkillers and opiates has exponentially increased, as well as the number of fatal overdoses. And while most experts would agree that drug abuse should be addressed in a specialty treatment setting like a rehab center, there is clearly ample room for improvement for some form of intervention on the primary healthcare side.

This is one of the reasons that there is a greater push for all doctors to have mandatory training in addictive disorders, as not only does it opioid abuse often go undetected, but in some cases the physicians are complicit in its creation and ongoing facilitation by continuing to prescribe the drugs.

If you have a loved one you suspect of having a problem with painkillers, contact us today to find out more information about our intervention programs and we can assist you in locating an appropriate and effective treatment center.

Medications for Other Disorders Pose Possible Threat of Dependency