How to Stage a New Jersey Drug and Alcohol Intervention

When a loved one is caught up in the cycle of addiction, staging an intervention is a good way to bring matters to a head. When led by a professional, a New Jersey drug and alcohol intervention can help persuade an addict to get the treatment they need.

An intervention may look like a conversation that a family has with an addicted loved one. While family members to communicate directly with the person they love who has a substance abuse problem, the conversation is carefully planned in advance to have the greatest impact.

Steps to Follow in a New Jersey Drug and Alcohol Intervention

Decide Who Will Attend the Intervention

The group who attends the intervention will be made up of people who care deeply about the addict. It can include family, friends, and coworkers. Typically, young children do not attend interventions; they may become confused or frightened during the proceeding.

The group needs to understand addiction if its members are going to persuade someone they care about to get treatment. They also need to know what type of substance the subject of the intervention is using (and how much) so that they can appreciate the seriousness of the situation.

It’s important that the details of the intervention be carefully planned in advance. Choose a date and time, as well as a specific location. Decide what you will say and do to get your addicted loved one to come to the place you have selected to hold the intervention.

You’ll also want to have a placement in a drug and alcohol rehab facility waiting for the addict if they agree to go to treatment. The addict can leave directly from the intervention to start getting the help they need to get sober.

Choose What Each Person Will Say

It’s important for each person attending the New Jersey drug and alcohol intervention to contribute to a united front. The idea is to cut through the addict’s denial and make him or she realize that they need to take responsibility for their actions.

One effective strategy when speaking to the subject of the intervention is to frame statements in the first person. (“I feel [X] when I see you doing [Y]. I want you to be healthy and happy. I hope you will consider going to treatment.”)

Each person attending the New Jersey drug and alcohol intervention must decide what the consequences will be if the addict refuses to go for help. It must be something they are prepared to follow through with. Some people decide to stop all financial support, while others decide to stop all contact with the addict.

In most instances, a person who is the subject of intervention will eventually go to treatment, even if they don’t accept help immediately.

Information on Drugs, Alcohol, and Interventions in New Jersey

When considering a drug or alcohol intervention in New Jersey, it is helpful to understand the predominance of the various drugs and their activities throughout the state. New Jersey, nicknamed “the Crossroads of the East,” was one of America’s first colonies. Situated between New York and Pennsylvania, New Jersey is one of the most industrialized Union States. Rich is American heritage and music, it is also home to musicians such as Bruce Springsteen, Jon Bon Jovi, and Count Basie. New Jersey has not escaped the scourge of drug and alcohol abuse that has overtaken the rest of the nation. The residents of New Jersey are threatened daily by the abuse and distribution of illicit drugs within the state.

Powdered and crack cocaine are widely-available drugs throughout New Jersey. Cocaine is associated with more violent crimes than any other drug, making it the most severe drug threat to the state. However, high-purity, low-cost heroin also poses a serious threat to New Jersey. High-purity heroin has higher health risks than lower-purity heroin. Also, a younger generation of heroin users is emerging. It is predicted that heroin may become the primary drug threat in New Jersey. In some parts of New Jersey, heroin is already more prevalent than cocaine. Marijuana is the most abundant drug throughout the state. Marijuana abuse is at high rates. Marijuana abuse has reached alarming rates among teenagers and adolescents.

Law enforcement officials are becoming increasingly concerned with the high rates of methamphetamine abuse and production. Methamphetamine is such a significant threat due to the fact that users have a high tendency toward violence. Drugs abused at rave parties, such as GHB and MDMA, are increasing in availability in New Jersey. According to law enforcement, pharmaceutical diversion is a lucrative business and drugs such as Adderall, Ritalin, and OxyContin are increasing in popularity.

New Jersey’s major interstates, airports, seaports, and roadways make it a popular gateway state. The state’s transportation infrastructures make New Jersey an ideal strategic corridor for the transportation of drugs from the eastern and western United States into the rest of the country. However, drug trafficking activity and drug prices have remained stable in the Newark Division of New Jersey.

In New Jersey, addiction to Marijuana, Heroin, and Methamphetamine are only worsening. Specifically in Ocean County, where 5.5% of drug tests performed for various purposes are failed. This is the highest in the state. When addiction becomes overwhelming, it is time to consider one of the readily available New Jersey drug rehabs. Drug rehab is a viable option when other methods such as intervention and community addiction treatment, an example being Alcoholics Anonymous, are not sufficient.

When admitted to rehab, the patient is at their worst. Going through detoxification is a very difficult process, both physically and mentally. Because of the physical symptoms they are feeling such as nausea and vomiting, cold sweats, shivering, to name a few, they mentally want to go back to drugs to stop their physical symptoms. It is a very isolating process to get through, but with medication and trained professionals, it is possible to get through it.

Once detox is over, it is time to really dive deep into the rehab’s program. Depending on the center of choice, different types of therapy or a combination may be offered. This can include individual, family, or group therapy with other patients who are going through the same thing. The patient must realize that they are not worthless, they do matter, and it is possible to overcome addiction. Because addiction is a disease with a high possibility of relapse, constant evaluation of the treatment plan is critical. What works for one addict may not work for another. Treatment must continue once rehab is over in order to prevent relapsing and make this person a functioning member of society.

During all of this therapy, medicine for underlying mental health issues most likely will be administered. Issues like Obsessive Compulsive Disorder, Anxiety, Depression, or other problems make recovery harder, as those issues are usually a contributing factor as to why drugs were started in the first place. 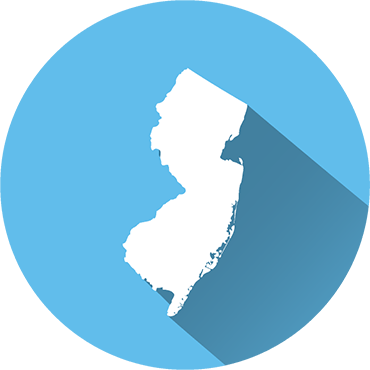