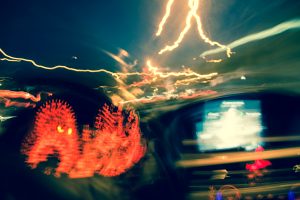 Deaths caused by drunk driving used to be the biggest cause of accidental deaths in our country. However, in recent years, accidental overdoses have climbed to the top, and so has car crashes where one or both of the drivers were under the influence of drugs. The Governor’s Highway Safety Association is working with other groups to try and address this tragic problem.

“As states across the country continue to struggle with drug-impaired driving, it’s critical that we help them understand the current landscape and provide examples of best practices so they can craft the most effective countermeasures,” said Jonathan Adkins, Executive Director of GHSA.

They found that drugs, illegal or prescribed, were present in 43% of fatal crashes, compared to 37% where only alcohol was involved. It is likely that this increase can be attributed to the growing prescription painkiller problem, the continued problem of heroin and the easing up of the rules regarding marijuana use, especially when substances are mixed together, either with alcohol or other drugs.

One of the difficulties that law enforcement has faced is the inability to accurately detect the presence of drugged drivers. Whereas alcohol gives off an odor and breathalyzers can be used, there aren’t as many signs or instant tests to tell if a motorist is under the influence of another drug. Unless law enforcement is specifically trained in spotting the signs a person may be under the influence, it can sometimes be impossible to detect in a routine traffic stop.

“Drugged driving is a complicated issue. The more we can synthesize the latest research and share what’s going on around the country to address drug-impaired driving, the better positioned states will be to prevent it,” explained Dr. Jim Hedlund, author of the study conducted by the Foundation for Advancing Alcohol Responsibly.

The study authors also point out that their research is not comprehensive. In order to determine the final numbers, they had to rely on data provided by states. Unfortunately, not all states require sobriety testing on individuals involved in fatal accidents, this is something that the researchers hope will also change in the near future. Having more data and resources can help provide better prevention and intervention tactics as well.

Drug popular among rappers growing in use with teens