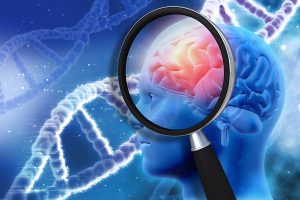 In the constant effort to create effective and safe treatments for people addicted to opiates such as heroin and prescription painkillers, researchers may have found a new way to prevent against further abuse. While medications geared towards reducing heroin abuse have proven successful in many circumstances, a group of researchers recently uncovered a new path to investigate in order to develop even more reliable and efficient drugs for those struggling with opioid addictions.

Researchers at the Icahn School of Medicine at Mount Sinai studied the striatum, a part of the brain that has been known to be associated with heroin addiction. This part of the brain is generally responsible for rewards, which is a powerful motivator for addicts.

In their research, the scientists confirmed that as heroin and other opioids enter the system, the genes that compose the striatum essentially become mutated. The mutation occurs within genes that are responsible for a neurotransmitter that has been confirmed to influence drug-seeking behavior. This discovery is important becomes it opens up an entirely new path of research into possible drugs to combat against opioid addiction.

“The study suggests that developing medications that target specific epigenetic mechanisms could be potential treatments for heroin abuse. Offering nonopioid medications for opioid use disorders has significant implications, since a goal is to reduce the exposure of such patients to opioid treatment,” explained Dr. Yasmin Hurd.

To illustrate this point, Hurd and her researchers administered a drug to heroin addicted rats and found that it was effective in reducing the compulsion to use opioids. This drug specifically targets the mutated gene found within the striatum. While more research has to be conducted on this drug, it is a step in the right direction. Current medications prevent the user from feeling the painful withdrawal symptoms or reduce cravings, but patients often remain taking the synthetic opioids indefinitely or relapse.

Future development of medications will likely be based on this new research and in other areas that don’t leave the person still dependent on an opioid of some type, as it provides a way to do more than simply block the effects of opioids. Focusing on treating the exact portion of the brain that is affected may allow more addicts to achieve long-term sobriety.