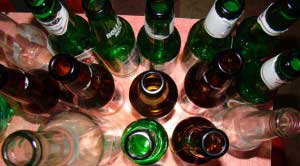 On August 29th, 2014, 25-year-old Matthew Eddy was charged for allegedly buying alcohol for several minors, including 18-year-old Andrew Traquino who passed away as a result of severe alcohol intoxication on August 10th. The South Bend Police and EMS (emergency medical services) personnel were called to the home in New Carlisle, Indiana. Traquino was found unconscious and unresponsive in a pickup truck flatbed surrounded by several bottles of beer, vodka along with other alcoholic drinks. EMS attempted to perform CPR but Andrew Traquino could not be revived.Traquino’s autopsy later showed his BAC (blood/alcohol content) to be .40, which is five times the legal limit for driving for those of drinking age. Alcohol intoxication was determined to be the cause of his passing. Later, Matthew Eddy admitted to purchasing and providing alcohol for a group of 18-19-year-olds, Traquino being one of them, upon their request on the evening of August 9th. He said that he and the others had seen Traquino vomit and pass out so they placed him on the truck’s flatbed to sleep off the effects of the alcohol. When they found him unresponsive the next morning that was when they called 911. Traquino was just two weeks away from his 19th birthday when he passed away. He was reportedly going to pursue a career in law enforcement.According to the autopsy affidavit, as soon as Eddy brought the alcohol home, he turned the control of it over to the group. The group was sitting around a fire pit when the effects on Traquino began to pass out and vomit. Eddy’s bail was set at $10,000.

This story of the Indiana man arrested buying minors alcohol is an example of not only an adult getting into trouble just for breaking the law. It is also one of an adult contributing to the minors’ delinquency and enabling them by granting them whatever they wish. Adults are supposed to set examples to minors of what it means to be law-abiding and healthy ways of living. Those like Matthew Eddy tend to be the types who give in too easily just to keep the peace and also out of pity. The only problem is that they often end up allowing themselves to be dragged down with everyone else. Providing drugs and alcohol to minors is no exception.

Restaurant Serves Alcohol To A 2-Year-Old