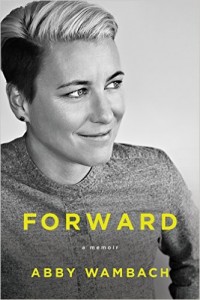 In April of this year, soccer start Abby Wambach was arrested for driving under the influence. Wambach, who had recently retired from professional soccer, had secretly struggled with drugs for years. But it wasn’t until her arrest that she was able to begin on the road to recovery. In the early morning of April 3rd, Abby was pulled over after running a red light. After admitting to marijuana and cocaine use, she was put in a diversion program for first time offenders.

“That night getting arrested was one of the best things that has ever happened to me. Because if I don’t get so publicly shamed and publicly humiliated, I don’t think I wake up. I think I was asleep for a lot of years. Asleep to the pleas from my family and friends, and even myself, to get help. So that night I was humiliated enough to wake up,” explained Abby Wambach.

According to Wambach, many things were going in her life that culminated in her arrest. A breakup, a major career change and continued drug abuse were all going on at the time of her arrest. However, Wambach is taking the arrest in a more positive direction. In her memoir she explains that the arrest was the first time she could clearly see what she was doing in her life. Since April, Wambach has remained sober and is currently doing press for her new book.

Her book includes stories of addiction and relationship struggle, all while playing in one of the fastest growing sports in the country. She also recently began a podcast where fans can tune in to hear more of her story.

Stories like this one are important to share. Professional sports players, whether they like it or not, are looked up to by children everywhere. Wambach, the all-time leading scorer in women’s soccer, is one of those people. And while the story of her arrest and struggle with addiction may have taken fans by shock, her recovery can serve to inspire everyone. In a time where drug abuse is rampant, those who publicly discuss their struggle and recovery prove that addiction doesn’t have to the be the last chapter.

How Anxiety Leads to Addiction

How Sexual Trauma Can Lead to Addiction