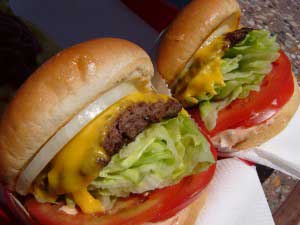 Food Addiction: What Is It?

When people think about someone dealing with an addiction, odds are they picture an addiction to narcotics or alcohol. Food addiction is less likely to come to mind and easy to disguise which is what makes it dangerous.

According to Web MD’s listing on food addiction, highly palatable foods (foods high in sugar, fat, or salt) trigger feel-good chemicals in the brain like dopamine to be produced. These are the same reward and pleasure centers that are triggered when addicted to drugs such as heroin or cocaine. Once the pleasurable feeling from increased dopamine transmission to the brain is experienced from eating highly palatable foods, the urge to eat again to cause that sensation reoccurs quickly and thus the cycle has begun.

What makes food addiction more difficult to deal with is that in alcoholism or drug addiction addicts know what their “drug” of choice is. It can be defined and avoided. With food addiction, you face it multiple times a day and it is something necessary to consume in order to survive. One can not simply quit eating, starvation is not the answer because to starve is certain death.

Food addiction is a term that wrangles different food centric issues into one group. This group can include binge eaters, bulimics, anorexics, and obsessive compulsive over-eaters. Since there are so many different types of issues considered when discussing food addiction, there are also several different types of groups to get help from for these issues. FA (Food Addicts in Recovery Anonymous), Overeaters Anonymous (OA), and Food Addicts Anonymous are the main organizations helping addicts to deal with their problems. Some lesser known groups are Eating Disorders Anonymous (EDA), National Eating Disorders Association support group, and the EDRC (Eating Disorders Resource Center). Hundreds of thousands of other small support groups are springing up nationwide in order to help others who suffer from food related mental illness. Many of these groups model themselves after AA, but again; the similarities between the addictions end there.

When it comes to food addiction, the key is to surrender yourself to the fact that you are not in control. Anyone who thinks they are still in control of the situation will never get better. Once people are content with the fact that they are not in control of the addiction and can face that it is a problem, the work begins. Many times this means checking in with a counselor multiple times daily and even weighing and reporting what you have consumed throughout the day. Many people find the vigilance of weighing and reporting everything eaten overwhelming, but it is doable once you have gotten used to it.

Food addiction is not one to be down played or joked about. It is a serious problem that over time can cause dangerous health issues and even death. If you or someone you know are dealing with food related addiction please call us and we will get you the help you need.

More Women Abusing Alcohol than Before