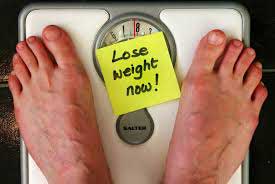 Can Men With Eating Disorders Overcome the Stigma to Receive the Help They Need?

Antony Harvey who writes for “The Mighty” has come forward with this issue, because he suffers from an eating disorder and wants to smash this daunting stigma. Harvey explains, “I began purging what I ate when I was 16 as a useful means of keeping my weight down after a large meal.” He continues, “Since then it’s become an uncontrollable monster. When I get the urge to binge, nothing can satisfy me until I feel the walls of my stomach stretched almost to breaking point.”

Harvey explains his reasoning, “Purging is a necessary evil, almost a luxury that enables the binge to take place without affecting my waistline. In the moment of the purge, I feel a rush of satisfaction.” Harvey continues to explain the emotion behind it, “I’ve beaten the system and gotten away with it – well done, me! Then I’m overcome by emptiness, regret, and shame.” Harvey also explains his process of binging and purging, “Later, I get tired and crave sugary food. Sometimes I’ll have a smaller secondary binge and purge on chocolate.”

Harvey also explains how he feels when he walks into a fast food restaurant, “I’ve been in a state of frenzy since I walked through the doors and the smell of oil and fat hit my nostrils.” Harvey continues, “I know what I’m doing is going to hurt me, but I don’t care. I want to hurt. I want to eat until I’m stuffed. It’s a compulsion. I’m an addict scoring a fix.”

Harvey hits the stigma right on the head stating, “Like many men, I refused to accept I had an eating disorder for a long time. I have always enjoyed food, and my weight has yo-yoed over the years.” Harvey continues, “I’m 35 now and have only really been comfortable using the word “bulimia” for a year or two.” An eating disorder is very serious and anyone suffering from it should seek help without feeling guilty or shameful. Call us now to receive the help you or a loved one needs.