Can an Intervention Save My Family? 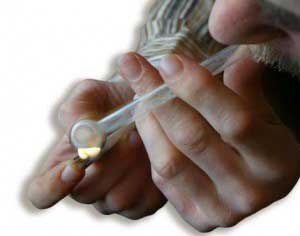 In regards to a crystal meth intervention, sometimes there is a degree of confusion amongst family members about Methamphetamine. Generally speaking, Opiate abusers (Heroin, Oxycontin, Vicodin, etc) refer to Methadone as “meth”. Crystal methamphetamine is a very potent stimulant. Meth(adone) is a downer, whereas Methamphetamine (crystal meth) is a stimulant. Be aware, however, than in the late stages of Methadone abuse, the user actually gains energy from its use, even though it is a downer or narcotic. Call and speak to one of our addictions counselors if you need assistance in determining what your loved one may be taking and whether a crystal meth intervention is suggested.

Crystal Methamphetamine goes by several different street names. Crystal, meth, ice, glass, tweak, speed, and bathtub crank are just some of the hundreds of slang names for methamphetamine. It can be snorted, ingested, smoked or injected. Essentially a high-powered stimulant, meth increases the user’s sense of power, control, ambition, decreases appetite, increases sex drive and the ability to work longer hours without rest or sleep. It is not uncommon for a methamphetamine addict to stay awake for days or weeks without rest. Prolonged usage creates temporary psychosis, paranoia, obsessive-compulsive behavior, delusional thinking, hallucinations, aggression, and sometimes violence. Acute usage can actually create permanent psychosis. Performing a crystal meth intervention on an acute user who has major psychotic symptoms can be extremely dangerous.

The withdrawal from meth can include long sleep periods, binge eating, depression, suicidal thoughts, fatigue, irritability, lowered heart rate, respiration, and blood pressure. This needs to be taken into consideration when performing a crystal meth intervention.

Amphetamines were actually used originally by both the U.S. troops as well as Nazi Germany during World Word II for greater effectiveness in military campaigns. The more potent Meth, aka Crystal Methamphetamine, came into prominence in the 1970â€²s as the local bike gangs of San Diego, California discovered a cheap, cost effective approach to creating a more potent methamphetamine. Building a strong distribution network, crystal methamphetamine quickly began spreading itself across the nation through its gang members. The drug of choice for truck drivers who used it to drive for longer hours without sleep, eventually other “meth labs” started in rural areas across the country. Due to the ease of manufacture, the control of methamphetamine soon fell out of the hands of the bike gangs and into the hands of local drug users and drug dealers nationwide.

The most frequent meth intervention that we conduct is on the binge crystal meth user. The binge meth user is someone who can go for days, weeks or months without using meth. However, over time the amount and duration of the binges do have a tendency to increase, sometimes even lasting for days even weeks. Essentially the typical pattern or description of a binge user of meth is as follows. He may be a highly motivated, outgoing individual with a great personality. Everything goes fine for a while and then there is a degree of irritation and agitation, sometimes described as a manic state. It is soon after this that the binge user goes out and uses his drug, sometimes with the intention of “only using a little bit”. After the binge, the user is remorseful, depressed and sometimes suicidal. The user might not even understand why he went and used the meth in the first place, maybe he promised himself and others not to do it again. This time it will be different, though. Never again, he promises. Until the next time. Oftentimes, even family members are discouraged from doing a crystal meth intervention on a binge user because they too feel that after one of these binges he will eventually stop. Unfortunately, the reality is that with each successive binge, the addiction actually grows stronger without some form of treatment.

In performing a crystal meth intervention on a binge user, ideally if one can time the intervention to within two weeks after the binge, the chances of successfully getting the addict to agree to treatment can increase exponentially. If, however, you attempt an intervention on the day prior to an upcoming binge, or during the manic phase, it has a greater degree of difficulty. Oftentimes the addict himself is unaware of this “manic phase” or upcoming binge, but those around him who have observed him for any length of time can eventually begin to predict the cycle. Does that mean that if it has been weeks since the binge an intervention is useless? Absolutely not. An experienced intervention specialist has the ability to get a meth addict to understand the cycle and necessity for treatment no matter how long since the last usage. A forewarning: If you attempt a crystal meth intervention on someone during the middle of their binge period, you may be dealing with someone in the midst of psychosis and paranoia. Delivering a crystal meth intervention during this time may “feed the fire” of their delusional thinking where “everyone is in on the conspiracy”. In some scenarios, you may be dealing with someone who is currently seeing visions and hearing things that aren’t there. Trying to rationally communicate with someone in this condition is extremely difficult. In the worst case scenarios, you may be dealing with a completely irrational, violent person, capable of anything. A crystal meth intervention on a binge user is ideally performed when they are “sober”. Understand, however, that with enough acute usage of meth, even a binge user eventually begins to acquire long-term psychotic symptoms, lasting long after the last usage.

Our Experience with Crystal Meth Interventions

Essentially each crystal meth intervention is unique and after proper analysis and guidance, your intervention specialist will help you to determine when and what is the best approach.