Abuse of Sedatives Can Cause more Harm than Good 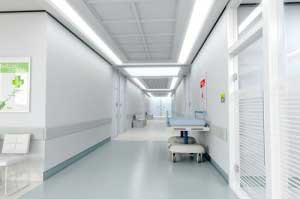 There can be a number of very serious adverse effects of sedatives use, abuse, and dependence in addition to those mentioned above. One of the most dangerous is the potentiation of a sedative’s respiratory depressant effects when used with other depressants such as alcohol. In this situation, the effects of one psychoactive chemical are not simply additive but enhance and multiply those of the other, resembling a mathematical equation in which 1 plus 1 equals 4 rather than 2.

Potentiation has led to tragic and fatal consequences even in people who are taking sedatives as prescribed, such as for sleep. One example of adverse effects of sedatives is a person who takes slightly more sedative than is prescribed after having two or three cocktails during the evening. Neither psychoactive chemical is taken in a particularly high dose, and the person has previously taken each separately in similar doses with no problems. But when taken together, potentiation occurs, respiration is severely depressed, and the person dies while asleep. Sedatives, like narcotics, also depress the nerves that control respiration even when taken in recommended doses. They can thus cause death, even when taken alone, if taken in sufficiently large doses. Taking them in combination with another sedative such as alcohol simply multiplies their ability to suppress respiration.

Sometimes sedatives release inhibitions and can unmask anger when taken in higher than recommended doses. An example of a resulting problem would be excessive anger displayed on the job site. Individuals severely intoxicated with sedatives on the work site can be very disruptive because of their sedated, hostile, and agitated behavior. Some people have an unusual reaction to sedatives and become very agitated and belligerent after taking only small doses. This effect can also be seen with alcohol, where it is called “pathological intoxication.”

Chronic use of sedatives can also cause mental depression. This has been documented in studies that have followed chronic sedative abusers over a period of years and observed that they were very likely to develop depressive symptoms even if they were mentally free of depression when they began to abuse sedatives. Chronic sedative abuse can also cause brain damage, similar to that seen in alcoholics.

A final problem that can result from chronic sedative use is habituation. This can occur when a person takes one or two sedatives a night for sleep and then becomes so mentally accustomed to taking the psychoactive chemical that it becomes impossible to sleep without it. This may not be physical dependence, but it can lead to a clinical situation in which it is very difficult to discontinue the sedatives. This psychoactive chemical-use pattern would not result in a person’s being intoxicated at work, but habituation could lead to problems on the work site if the individual performed work that required considerable fine motor coordination because this pattern of use can cause subtle hangover effects that impair coordination even after the acute psychoactive chemical effects have disappeared.