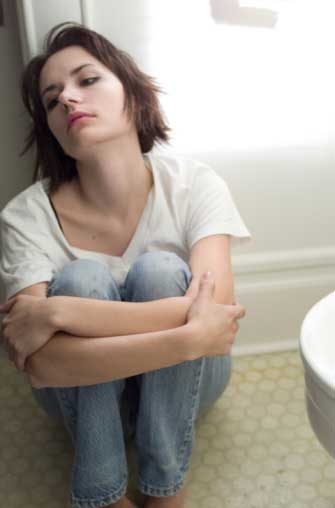 Effects of sedatives on the body produce a general and nonspecific depression of physiological functions. The central nervous system (CNS) is extremely sensitive to their depressant effect, so psychoactive chemicals of this class can be used in doses that depress the CNS without depressing any other bodily functions, hence their use to produce daytime sedation or sleep.

Recent studies have shown that all sedatives lose most of their ability to produce sleep after only 2 to 3 weeks of regular use. This occurs because the nervous system develops tolerance to the sedative effect of the psychoactive chemicals fairly quickly. For this reason, and also because of the risk of producing physical dependence, most physicians have become very conservative in their use and prescribe them only for brief therapy if they choose to use them. An example of this would be for inducing rest or sedation immediately before (or for several days after) major surgery.

Though their main effect is one of sedation and drowsiness, they also have other effects including impaired coordination. This can be seen, for example, in a person with a staggering gait and slurring of speech and can obviously create serious obstacles to driving or performing other tasks that involve coordination and judgment. Sedatives also have antiseizure effects and can be used to stop convulsions. Finally, they can cause euphoria, especially when used during the daytime in doses that are higher than recommended.

Sedatives also have varying lengths of action and medical uses. Phenobarbital is used widely in the treatment of epilepsy. It is slower to act than the other sedatives, and its effects last longer (12-24 hours rather than 4-8). It has a greater margin of safety than other psychoactive chemicals of this class if taken in excessive doses, and it is rarely abused, probably because its slow onset of action makes its difficult to get high, even from taking large doses. It is used to detoxify people from physical dependence on other sedatives because of its low abuse liability, higher margin of safety, and long duration of action.

Seconal, Nembutal, and Tuinal are all shorter acting than phenobarbital and have a more rapid onset of action. Because of this, they are more useful than phenobarbital as nighttime sedatives; but for the same reasons, they are also subject to abuse. They are abused either orally or dissolved in water and injected intravenously. Their usual therapeutic dose is 100-200 milligrams at bedtime, but people who abuse sedatives will take 400 to 1200 or more milligrams/day.

Methaqualone is included mainly for historical purposes. It is a sedative-hypnotic similar to other psychoactive chemicals of this class, but it has stronger euphoria-generating effects. Because of this, it was widely abused and was removed from the market by the DBA. This action essentially eliminated methaqualone as a psychoactive chemical of abuse in the United States. Occasionally, one hears of someone taking “ludes,” but they are very likely an imitation, perhaps made in a black-market laboratory by using another sedative and packaging it to resemble methaqualone.