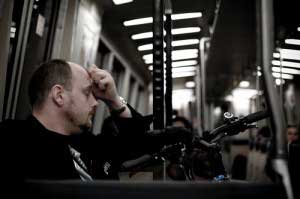 Mental illness, you hear the term, but what does it mean? This illness refers to a wide range of mental health conditions that affect your mood, thinking, and behavior. Examples of this illness include depression, anxiety disorders, schizophrenia, eating disorders, and addictive behaviors. Most people have mental health concerns at some point in their lives. When a mental health concern becomes a mental illness that is when things need to be looked at in further detail. When ongoing signs and symptoms cause continual stress and affect your ability to function on a daily basis that is when it is time to consult a doctor or counselor.

Mental illnesses, can be caused by various forms of genetic and environmental factors including:

Mental illnesses are common in family members, meaning they pass these genes on from generation to generation.

Contact with viruses, toxins, alcohol, or drugs while in your mother’s womb can be linked to mental illnesses.

Biochemical changes, natural neurotransmitters, and hormonal imbalances can also play a role in some mental illnesses.

Many Americans are diagnosed with mental illnesses. They lead full and productive lives with their condition on the inside. Peter Delany, Ph.D., director of the Substance Abuse and Mental Health Services Administration states, “I think a lot of people think of mental illness as the disheveled homeless man, or the person walking down the street talking to themselves, but it’s not.” He continues, “It’s your friend, it’s your neighbor, it’s the person down the street.” He claims there are a lot of people and they are all struggling. A government study done in 2013 showed that 18.5 percent of American adults had diagnosable mental illnesses.

This study was based on survey responses from more than 67,800 people, ages 12 and older. The study exposed a very different picture of mental health, one that was immensely different from society’s stereotypes. Many people believe that if you have a mental illness, you need to be committed to a mental house and cannot function on your own. This could not be further from the truth. Three-fourths of these cases show that people can go about their normal lives. Occasionally, they might miss work due to an episode of their illness from time to time.

The highest rates of people dealing with mental illnesses were among the age range of 29 to 45. Many people do not seek help for their conditions. Around 45 percent, of the 44 million people received treatment last year. The survey also concluded that nearly 4 percent of American adults, 9.3 million people, developed serious suicidal thoughts over the past year. Of that percentage, 1.3 million people attempted suicide.

There is hope. Recovery is possible. Delany ends on an uplifting note, “Just because you have a mental illness doesn’t mean that you can’t live a full life. With proper treatment and support from your family and community, you can lead a healthy and active life.”

Medications for Other Disorders Pose Possible Threat of Dependency