Information on Drugs, Alcohol, and Interventions in West Virginia

When considering an alcohol or drug intervention is West Virginia, it helps to know the predominance of the various drugs and their activities within the state. West Virginia, or the “Mountain State,” is rich in American Colonial history. West Virginia is the site of the famous Hatfield-McCoy feud, which caused bloodshed until 1896. West Virginia also played a large role in the American Civil War. Unfortunately, West Virginia’s residents are plagued by the same ravages of drug and alcohol addiction that the rest of the nation is facing. West Virginia’s rural setting provides a vast haven for clandestine manufacture methamphetamine, pharmaceutical drug abuse, and marijuana production and abuse.

Ecstasy, crack, cocaine, and cocaine hydrochloride are widely available throughout most cities in West Virginia. Crack cocaine is most prevalent among low and low-middle income residents but is abused by people of all ethnic backgrounds. Drug distributors in West Virginia work out of locations that help them utilize sources of supply from nearby cities like Baltimore, Pittsburgh or Washington, DC as well as large mid-western cities such as Columbus, Ohio and Detroit, Michigan. A small percentage of the violence in West Virginia is associated with crack trade within the state. Cocaine is available to abusers in either large-retail or small-wholesale amounts. Source areas for cocaine in West Virginia are more varied than for other drugs and are primarily based on where the drug trafficker is located within the state.

Heroin availability is limited in West Virginia, but the demand is limited as well. There are a small number of long-term heroin addicts throughout the state, and they work together to obtain their supplies from cities such as Baltimore and Philadelphia. The small amount of heroin that is available in West Virginia normally has the brand name and packaging of the Philadelphia or Baltimore supplier where it came from.

There is a drug epidemic all over the world. West Virginia is no stranger to this though. In the last 10 years, a small town called Williamson, West Virginia, took a big toll when it came down to drugs. Mostly opioids have taken this town for a downward spiral. The House Energy and Commerce Committee has been investigating and pressing the issue. They mentioned that over 21 million prescription drugs have been delivered to the town. Specifically, hydrocodone and oxycodone. This small town has only 3,200 residents. With a large number of pills flooding the town, it is no surprise of numerous reported overdoses.

West Virginia drug rehabs have been helping to stop the crisis. Drug rehabs are stationed all over the state. Some of these rehabs are open 24 hours a day. There are different types of treatments for drug abuse. One is a long term treatment, which consists of, being in a non-hospitalized setting. These most likely to last 6 to 12 months. Typically they have a restorative community helping with the problem.

West Virginia drug rehabs also recommend individualized drug counseling. This will help an abuser with specific needs that only corresponds to him or her. There is also the consideration of group counseling. This is to help a group with similar related problems to accomplish the same goal.

There were over 887 overdoses in 2016. That means that there were about 2 people who died every single day. There are many things that we can do to try to stop the drug crisis. West Virginia drug rehabs are working hard to put this epidemic to a halt. The community has suffered enough and is ready and searching for a resolution. 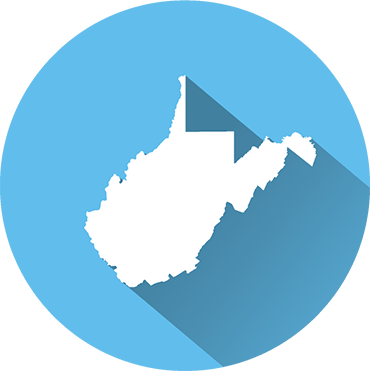