Pennsylvania Drug and Alcohol Interventions in a Crisis

Someone who abuses drugs or alcohol is more likely than the average person to have an emergency in their life. With time and as their addiction becomes more entrenched the likelihood increases. Even though this type of situation is stressful for both the addict and the family, consider holding a Pennsylvania drug and alcohol crisis intervention. It may be a time when a loved one may be receptive to getting the help they need.

For an addicted person, a crisis could be any one of the following:

When a crisis occurs involving someone who is addicted to drugs or alcohol, the priority needs to be ensuring that they are safe.

Pennsylvania Drug and Alcohol Crisis Interventions in a Crisis

A crisis intervention proceeds in the same manner as one that has been planned well in advance. The family still assembles to explain to their addicted loved one how his or her addiction is affecting their lives, as well as others around them.

With the crisis and its aftermath fresh in the addict’s mind, he or she may be more willing to listen to what the family members have to say during the intervention. It will be much more difficult for the addict to be in denial that they have a problem. The person living with the addiction doesn’t really want to disappoint their family.

If the Pennsylvania drug and alcohol crisis intervention can be staged quickly, it can be used as an opportunity to persuade a loved one struggling with addiction to go to treatment. Family members are cautioned not to argue with an addict about the past, but to focus on the future and helping their loved one to get well.

Between 2015 and 2016, Pennsylvania suffered an increase of drug-related deaths of 37%. Throughout the state of Pennsylvania, 4,642 overdose deaths related to drugs occurred. This breaks down to about 13 people a day dying from a drug overdose. To prevent these frightening numbers increasing, it is necessary for addicts to visit Pennsylvania drug rehabs in order to receive treatment.

Asking for help for yourself or a family member is hard. This can especially be true if other methods have been tried, such as intervention or community-based treatment have failed. When reaching out for intensive, professional help from a Pennsylvania drug rehab program, know that everything possible is being done to ensure a successful recovery.

Addiction is a brain disease that starts due to the voluntary taking of drugs. The voluntary part of doing drugs goes away due to changes in the brain from doing them, and then the person cannot stop. The urge to have them becomes undeniable, and getting high is the only priority. This can affect changes in mood, behavior, or both.

There are many Pennsylvania drug rehabs within the state to choose from. Calling the responsible insurance company is a good place to start in order to get some recommendations. Checking online is a sufficient secondary resource.

Detox alone is not treatment. Once detox is complete, treatment is necessary. Treatment typically includes medicine to alleviate underlying mental health issues. It also includes intensive therapy either alone or with others. This therapy gets patients out of the denial that they are not addicted or that the drugs they are using are not harmful. It is meant to change their mentality towards drugs so they realize how dangerous they are.

It is important that through therapy short and long-term goals are set in order to achieve a successful recovery. Patients have to be committed to becoming and remaining healthy, even after treatment is over. Returning to a productive part of society is crucial to staying on track, along with recognizing what situations trigger their drug abuse.

Recovery is from addiction is possible, even when it seems impossible.

Information on Drugs, Alcohol, and Interventions in Pennsylvania

When thinking about an alcohol or drug intervention in Pennsylvania, it is important to understand the predominance of the various drug activities throughout the state. In the early 1600s, Pennsylvania territory was disputed between Sweden, England, and the Netherlands. From 1776 to 1800, Philadelphia was the base of the federal government. In 1776, the Declaration of Independence was signed in Philadelphia, and in 1787, the United States Constitution was developed. Pennsylvania’s 8 million acres of farmland provides the state with a wide variety of different crops. The famous Civil War battle of Gettysburg, along with many others, took place in Pennsylvania. The state’s abundance of American history makes it a very popular tourist attraction.

Sadly, Pennsylvania has not escaped the same problems caused by drugs and alcohol that occur throughout the rest of the country. In Pennsylvania, heroin, crack, and powder cocaine, and marijuana are the most popular and available drugs. They are also the most commonly trafficked drugs in the state. Various age and socioeconomic groups also have access to methamphetamine, club drugs, and other clandestinely manufactured drugs.

PCP and LSD are available mainly in Philadelphia and Pittsburgh. OxyContin is not as available as it has been in the past; however, other pharmaceutical drugs are still readily available to Pennsylvania residents. Illicit drugs are distributed and abused on a regular basis throughout Pennsylvania. New York City is the primary supplier of drugs to Pennsylvania. Drugs are also transported into the state, though not quite as often, from Baltimore, Chicago, Atlanta, Detroit, Miami, New Jersey, Canada and Mexico.

We perform an intervention with families in the following cities in Pennsylvania and many others around the state. Contact us for help.

Drug or Alcohol Interventions in Pennsylvania 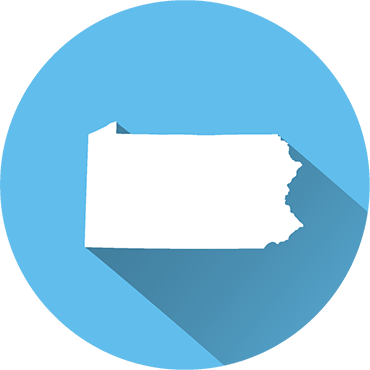