Why Work with a Professional for Nevada Drug and Alcohol Interventions 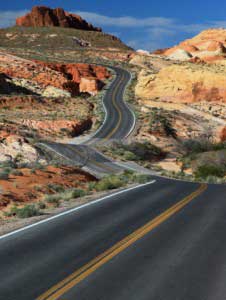 A Nevada drug and alcohol intervention is a planned meeting. Family members and friends encourage a loved one to get treatment for an substance abuse problem. It’s more than a simple conversation since an intervention involves precise planning. The group participating in the process must be prepared to discuss their feelings openly, which can be uncomfortable. Many families find that working with a professional interventionist is very helpful.

When faced with the issue of an addicted loved one, families tend to turn inward. The addiction may create feelings of guilt or shame among one or more family members. Some people feel that they are responsible in some way if a loved one develops an issue with drugs or alcohol. A professional interventionist will reassure the family that they are not to blame for someone else’s addiction.

The interventionist will also help the family understand that it’s not necessary to wait until their loved one has hit “rock bottom” before taking action. The intervention is a way to “bring the bottom up” and step in before the addicted person experiences a serious incident that may involve hurting themselves or someone else.

Why Work with a Professional for Nevada Drug and Alcohol Interventions

There are good reasons to call on a professional for help with a substance abuse intervention.

An experienced interventionist acts as an interested, neutral third party. He or she enters the situation to help everyone involved. The interventionist will guide the family in preparing letters to be read to their addicted loved one. On the day of the intervention, the interventionist guides the conversation to keep it on track and focused on the goal of persuading the addict to go to treatment.

One of the signs of addiction is denial. An addict will deny they have a problem or try to blame their drug use or drinking on someone or something else. The interventionist will challenge these statements and attempt to have a discussion where the addict starts taking responsibility for his or her actions.

• Puts a Stop to Enabling of the Addict

Some family members try to help they’re addicted loved one, but end up enabling them instead. When parents or other family members offer cash, pay an addict’s rent or bills, give them a place to stay if they have been evicted or buy them groceries, they are not letting the addict experience the consequences of their actions.

No one wants to see someone they care for the suffering. In the case of an addict, however, helping only allows the person to continue to use their drug of choice.

The interventionist will point out these behaviors and explain why they are unhealthy. If warranted, family members can be referred for counseling as well. The family needs to get will just as much as the addict who is the subject of a Nevada drug and alcohol addiction.

Information on Drugs, Alcohol, and Interventions in Nevada

When considering an alcohol or drug intervention in Nevada, it is important to understand the predominance of the various drugs and their activities within the state. Nevada is home to the city of Las Vegas, also known as the gambling capitol of the country. The hectic nightlife and entertainment industry have given drug traffickers very profitable opportunities. Methamphetamine is the most often abused drug in Nevada. However, almost all drugs are available throughout the state.

Marijuana, heroin, cocaine, and club drugs are growing in popularity in Nevada. Methamphetamine, particularly Mexican produced crystal methamphetamine, is the primary drug threat to the state. Cocaine, primarily crack cocaine, is a serious issue in the urban areas of Nevada. MDMA and other “club drugs” are becoming quite popular in the southern region of Nevada. Club drugs are also increasing in availability. Nevada’s porous border and closeness to California make the state a prime transshipment point for illicit drugs destined for the central and eastern United States. Cocaine HCL is widely available in the southern areas of Nevada. The drug is also available in northern Nevada but to a lesser extent. The majority of Nevada’s cocaine HCL supply is transported into the state from California. Las Vegas is a major transshipment location for cocaine HCL being distributed to different parts of the country. Crack cocaine is abundant is the urban regions of the state. The crack cocaine market is controlled primarily by African-American street gangs. They operate out of cheap motel rooms and apartments in poor areas of the larger cities throughout Nevada.

Marijuana, both grown in Mexico and cultivated domestically, is available in almost all areas of Nevada. Mexican poly-drug trafficking organizations are responsible for almost all of the marijuana that is smuggled into the state from California. Recently, indoor marijuana cultivation is occurring quite often in Las Vegas. High-grade marijuana is cultivated within the state using the hydroponic equipment. In 2001, Nevada’s legislation signed Bill 453, which made Nevada the ninth state in the country where marijuana may be used for medical purposes. Also, a law decriminalizing the possession of an ounce quantity or less of marijuana went into effect in October 2001. The possession of even small amounts of marijuana was a state felony prior to this law.

According to a national survey conducted on Drug use and health, close to 21.5 million adult Americans between the age 12 and above struggle with a drug substance abuse disorder. 80% of the above population struggles with an alcohol disorder while the remaining 20% struggles with a drug disorder. Drug abuse and drug addiction has slowly affected the American economy and lead to the loss of approximately $200 billion and the loss of workplace productivity as a majority of the young people are struggling with drug and substance abuse disorders.

Group therapy helps the patients get past their denial stage and begin to identify their triggers. Group therapy incorporates patients with the same addictions and a counselor. The counselor helps each patient discover his or her weaknesses before moving on to the next stage of the rehabilitation process.

Drug or Alcohol Interventions in Nevada 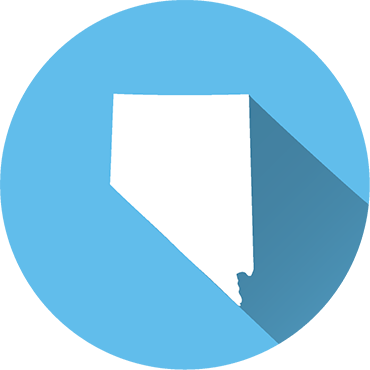