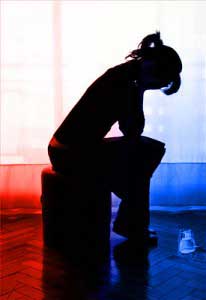 What is a Dual Diagnosis and How is it Treated?

This practice is known as “self medicating.” For example, someone with an untreated anxiety disorder might try heroin a few times and discover that it relieves anxiety and creates a feeling of well-being. If that person continues to use heroin to relieve anxiety, he or she will eventually develop a heroin addiction on top of a preexisting anxiety disorder. Even though the two conditions are related, they are still entirely different disorders, and each must be treated separately.

How Do I Know if I Have a Dual Diagnosis?

Which Psychiatric Conditions do Substance Abusers Usually Have?

The most common psychiatric disorder in a dual diagnosis is a mood disorder. Major depression, where the mood is low or even suicidal, is one common mood disorder. Another is bipolar disorder where the mood swings back and forth between intense depression and intense euphoria. The patient might suffer from post-traumatic stress disorder, anxiety disorder, or panic disorder which causes them to feel ongoing and intense fear even when there is no apparent threat. Some substance abusers have a condition called schizophrenia that’s characterized by disordered thought.

How are Underlying Psychiatric Conditions Treated?

How Does Treatment for a Psychiatric Disorder Affect an Addiction?

What Is Emotional Sobriety?

Letter to my Daughter