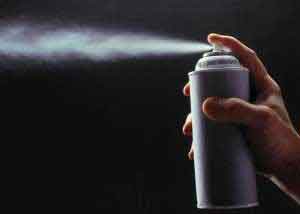 How Huffing Can Ruin Your Life

Huffing, also known as inhalant abuse is very dangerous. Many teens, preteens, and even adults partake in abusing household items this way and think nothing of the consequence. They are thinking it is a cheap, quick high that will not be dangerous. They have no clue that huffing can kill a person instantly. Neither did Ryan, a 13 year old boy, that died instantly from huffing in a paper bag, also called bagging. You may be asking what chemical was in that paper bag. It must have been something extremely harmful if he died instantly right? Wrong, this was an everyday household item he sprayed into a bag and huffed with his friend Joe. So what was the everyday household item that killed Ryan? Aerosol, a common spray used to make your house smell good.

Yes, people use items like this to get high. They also use hair spray, cooking spray, correction fluid, glue, rubber cement, paint thinner, or cigarette lighters. You may be thinking, why on Earth would someone use any of these things to get high? Well, for kids, these inhalants are easier to come by than other drugs and alcohol. Another reason they make use these household items are, because their parents will not notice if a few cans air freshener or glue go missing or if they run out quickly. Most parents first reaction would be to go out and buy more, not thinking that their child is huffing.

Another reason people are huffing household item is because they are cheap. They can get high off of a $1 can of air freshener and one huff can give a high that lasts up to 30 minutes. This is exactly what Ryan and Joe thought. Now Ryan and Joe were both into the party lifestyle at the age of 13. You were more likely to find them in detention or the principal’s office than in a classroom. I do not remember how long Ryan and Joe were huffing before this horrible event took place. They were always into trying new things. Joe explained the situation to me about a week after Ryan died. I remember the shock still on his face a week later as he explained the situation.

Joe explained that he was at Ryan’s house when it happened. Ryan pulled out a paper bag and a can of air freshener. Joe and Ryan both huffed the air freshener. Ryan went back for another huff and that’s when everything went horribly wrong. Joe explained that Ryan fell backwards and started shaking and bleeding from his nose. Ryan was having a seizure. Joe did not know what to do. He tried talking to him, holding him, nothing worked. Joe did not call 911, because he was too scared. Joe was high and did not want to get into trouble. He called a few of his friends to come over, meanwhile Ryan was still on the floor shaking and bleeding. Eventually, one of Joe’s other friends called 911, since Joe did not want to, but it was too late. Ryan was already dead when the police got there.

Joe often wonders if Ryan would still be alive today if he would have called 911 immediately. I often wonder what would have happened to Ryan if he never picked up the can of air freshener to begin with. Huffing is very dangerous. Do not think that just because you are abusing common household items that you are safe from anything harmful happening to you.

How Anxiety Leads to Addiction