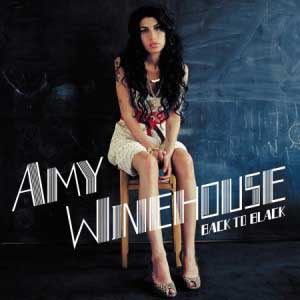 Somewhere at the end of July 2011, a phone rang, innocently enough.  Sometime during the day, the family of Amy Winehouse was informed that Amy was not ok. Amy Winehouse’s addiction had overcome her. And the worst that could possibly happen to an innocent family, unfortunately did.  None of us, as we write our opinions, our stories, our “I told you so” blogs, will probably ever truly understand what it is like to answer that phone call.

Far too often it is the family that suffers our pain for us.  The late night phone calls, the drunken promises that we break, the unpredictability of it all.  And then there is always the hope that we offer…that we are just about to turn it around.  Some of us do.  Others spend the rest of our lives “turning it around”.

The death of Amy Winehouse has affected many of us in recovery more deeply than some others who have passed before.  Her story is not unique when it comes to the life of a musician, but in some ways it is uniquely familiar to those of us who understand it.  Those of us who understand what it is like to take a flamethrower to our lives and burn it down to the ground, not because we want to, but because…well, just because.

I suppose what I shall remember most is not her music, but a small YouTube video of her last concert in Belgrade.  Local media described her performance as a scandal and a disaster, and she was booed off the stage due to her apparently being too drunk to perform. It was reported that she was unable to remember the city she was in, the lyrics of her songs or — when trying to introduce them — the names of the members of her band.

I, for one, know what it is like to try desperately and begrudgingly to work up the courage to rebuild your life after ruining it.  I can still remember, time and again, what it is to gather up the courage to face the world again after the shame and the embarrassment.  I can still sometimes feel what it was like to brush myself off and try again. I understand that she sought out treatment soon after that performance.

In the end, some of us who are also recovering are affected differently with Amy Winehouse’s passing than we were with the others.  I don’t know for certain why this is for other recovering people, but I know why it is for me.  For, watching that performance, as well as all the struggles of her past, I know that we weren’t watching the antics of another rock star’s excess of drugs and alcohol.  Instead what we saw, as it all unfolded, was someone who had discovered the emptiness that exists when drugs and alcohol can no longer fill it.  The quiet, anxious desperation of what it is to be the loneliest one in a crowded room…or on a stage.

It is a terrible place to be.  It is even more terrible to be close to someone when they reach that point and feel helpless to do anything to stop them.  I intimately feel for the struggles of Amy Winehouse, but my heart goes out to her family.

Bond with Children Can be Effective for Mothers in Treatment