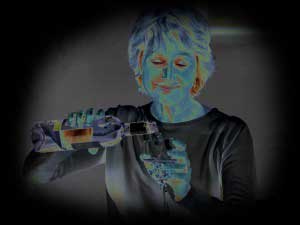 When talking about alcoholics, the stereotype tends to point to people in the age range of 30 to 40 years old. On top of that stereotype, the gender seems to lean heavily towards males. While males are still in the number one spot for being alcoholics, there is an up rise in a certain demographic. There is a dramatic rise in women over 60 being treated for alcoholism.

This might come as a shock to some people, but if you look at the facts, it becomes clear. A new study shows that the number of women over 60 years old seeking help for drinking has risen 65% over the last 5 years. This number does not take inconsideration for the women of 60 years old that are not seeking help. The study also reveals that 1 in 10 women in alcohol dependency programs are over the age of 60.

With the number of older women treated for alcohol problems soaring, we have to look further into the problem. What has changed in our society that has lead to such an increase in women over 60 years old becoming alcoholics? Our first clue is convenience. You can search they internet right now and easily find whatever you want and have it delivered to your door. More and more people having alcohol delivered to their home, instead of going to bars or buying alcohol in stores. Experts say the startling rise in older people becoming alcoholics has been driven by our growing culture of stay at home drinkers.

Another factor to figure in is the lifestyle of women over 60 years old. Loneliness, boredom, and isolation are driving alcoholism among women over 60. Women over 60 are considered to be entering into their retirement phase. If they don’t have hobbies and other family or friends to be around during the day, they drink. Besides the fact that these women have a lot of time on their hands, they also have more of a disposable income.

Professor Sir Ian Gilmore, a liver expert and chair of the Alcohol Health Alliance, has suggested a minimum alcohol pricing system. While the retirement age group might have a disposable income, they are also known for penny pinching. Gilmore states, “But there is good evidence that right across the demographic the heaviest drinkers are the most price sensitive,” he continues, “if a bottle of wine or gin costs more, than two bottles will cost even more. And if you drink every day that makes a difference.”

Another dangerous factor in people in general over 60 drinking is the health risks. Heavy drinking increases the risk of high blood pressure and type 2 diabetes. Other dangers of alcohol that are increased among older drinkers are their use of medication, the frailty of bodies and systems, and other health problems that occur in the later years of life.

Tags: Dramatic Rise in women over 60 being treated for alcoholismshare:

Interventions During the Holidays