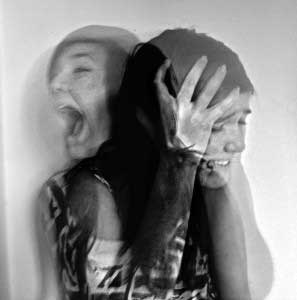 Have you ever felt like there was something wrong with you? We do it all the time. We go on medical sites looking up symptoms of diseases we might have. It could be a common cold, but once you star looking up symptoms online, you have now determined that you have lung cancer based off of your findings. Everyone can become a hypochondriac when is comes to being sick, but what if your body is trying to tell you something. Maybe it is not “all in your head.” A new study has found that some psychiatric mood disorders indicate serious diseases.

In the January 2015, a group of Italian researchers decided to find out whether depression, anxiety, and other psychiatric mood disorders might be an early indicator of medical disorders an diseases. These researchers were trying to prove that instead of having psychological symptoms, these could be signs for serious diseases. Their findings were placed in the January edition of Psychotherapy and Psychsomatics.

Depression was their strongest incidacator for finding other diseases. Some may argue that depression is too vast of a category to link it to diseases, but they found it to be the most common early symptom of medical disorders and diseases. It was consistently reported that people dealing with depression developed disorders and diseases like Cushing’s syndrome, Wilson’s disease, hypothyroidism, hyperparathyroidism, pancreatic, lung cancer, and many others.

Many physicians and even people will be quick to dismiss these symptoms like anxiety and depression, and blame it on stress or suggest that you see a therapist. These researchers are trying to get people to recognize mood disorders as potential indicators of more serious physical conditions and diseases. If doctors start looking at patients this way, who knows how many diseases they could catch in their early stages.

David Rubinow, MD, chair of the department of psychiatry and a professor of medicine at the University of North Carolina states, “Unfortunately, the view that mental symptoms and physical symptoms represent different domains, Cartesian dualism, is a relic that survives.” Rubinow continues, “Many physicians choose to ignore cognitive and affective symptoms.” Rubinow believes there is a mistaken belief that behavior is something other than a product of brain activity.

Many people bring up the crucial fact that our minds and bodies are closely connected. Arthur B. Markman, PhD, a psychologist at the University of Texas states, “We think of the brain as the organ that does our thinking, but the purpose of the brain is to control the body.” Markman explains, “Physical problems can influence mental states and mental problems can lead to bodily problems.”

When you are feeling sick, you feel exhausted mental, as well as phyiscally. This is your brain communicating with your body telling you something is wrong and needs to be addressed. Markman also explains, “Because we are often unaware of the sources of our motivations, we may attribute that anxiety to something in the environment rather than something internal.”

One of the Main Causes For Depression